Hockey fans, especially those of us on the other side of the pond, always look forward to the latest NHL game release – and this year it’s no different.

NHL 23 will be EA’s second pass at building its premier hockey game with the Frostbite engine, bringing next-gen performance to the fore. NHL 22 delivered visual upgrades and player animations, but fans and reviewers alike felt the title was half-baked. We hope the upcoming NHL 23 release date builds on the base that NHL 22 put using the new game engine and that it makes full use of the extra horsepower on the PlayStation 5 and Xbox Series X|S.

The Loadout will be bringing you the line on all the latest NHL 23 news right here. But most importantly – when is the NHL 23 release date and when can you start assembling your dream team?

When is NHL 23 coming out? Well, we don’t know when the NHL release date is just yet. But, EA Sports is pretty predictable with its release patterns, so we know when you can expect to get your hands on this new game.

The knock-on from the pandemic shifted 2021 game releases back, so we saw NHL 22 drop on October 15, 2021. With that in mind, we should see NHL 23 drop in mid to late September, back in line with the original release schedule.

It’s also worth noting that EA always drops standard editions of its games on a Friday, so we predict that the full NHL 23 release date will be Friday, September 16.

Early access for Premium Editions and EA Play members will be available beforehand.

NHL has matured in over the years, with four main offerings. World of Chel (hockey slang for the NHL game series) was the latest big addition in NHL 20, so we don’t think any groundbreaking new ways to play NHL 23 will drop.

Franchise Mode is the classic NHL career mode experience. You can start as your favourite team, or run an expansion draft and become the 33rd NHL club. Skate your way to the Stanley Cup whilst signing players, developing future talent and managing that all-important salary cap.

Be a Pro and work your way up from the minor leagues, or jump straight into your first big NHL contract with single-player career mode. Be a Pro lets you play hockey the way you want to play and carve out a legacy with multi-season storylines and challenges. Be A Pro is also a great way of picking up skills to use on the ice in World of Chel. 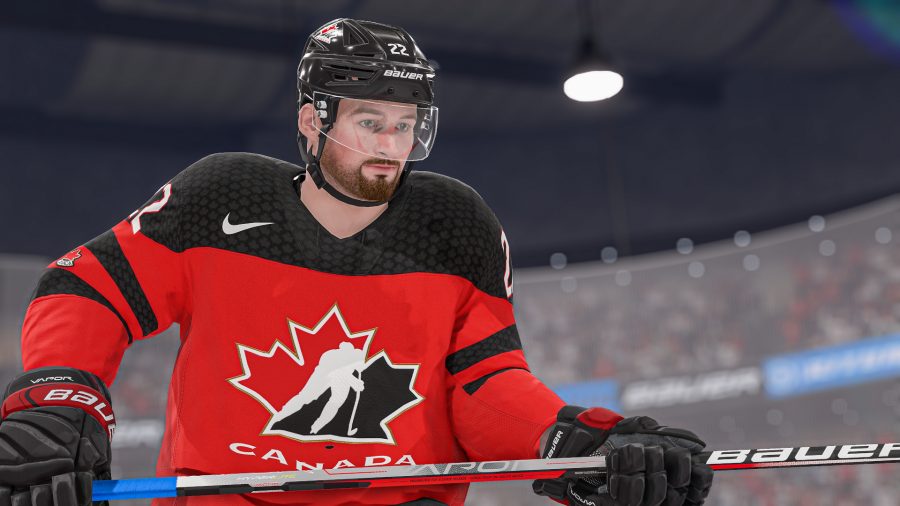 World of Chel brings online play with friends to NHL. Skate with a custom skater online in loads of game modes including 1v1v1 free-for-alls, 3v3s and full 6v6 games in casual or ranked matches, including regular play-offs. You’ll rank up and unlock new progressions in EASHL (EA Sports Hockey League). If you don’t have a club with friends, drop-ins are available for all game modes.

World of Chel also brings the wildest (and dustiest) player and rink customisations to the game, with some outrageous unlockables from seasonal rewards – with no microtransactions!

With the introduction of X-Factors to NHL 22, the game’s premium edition was called the X-Factor edition. Whether EA stick to this name or not, the game’s deluxe edition will release three days before the standard edition of the game, which we predict to be Tuesday, September 13, 2022.

These juiced-up EA sports titles are familiar across the FIFA and Madden franchises, and come with bonus content, including Ultimate Team packs. In NHL 22, players got bonus World of Chel items and Be a Pro boosts alongside the HUT content.

You can expect NHL 23 to be available on PS4, PS5, Xbox One and Xbox Series X|S.

Standard editions of the game are predicted to cost £59.99 on last-gen consoles and £69.99 on next-gen consoles.

Will NHL 23 release on PC? It’s a shame that NHL 22 was not available for PC gamers via Origin, and unfortunately, it looks like PC players won’t be getting their hands on the game this year either. 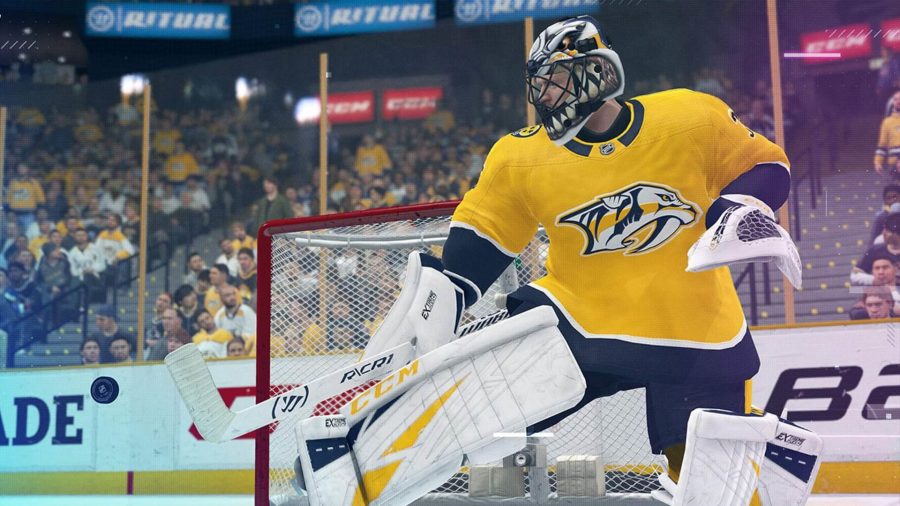 Who’s in the running to be the NHL 23 cover star? Auston Matthews, the Toronto Maple Leafs star, took the cover of NHL 22 on all versions of the title, his second appearance after NHL 20. He hasn’t had the EA Sports cover star curse, putting up exceptional numbers as the Leafs push for the Stanley Cup, which has eluded them for so long.

So who can we expect to see on the NHL 23 cover?

Could Edmonton’s Connor McDavid take a second cover after posting yet more top numbers in 21-22? Oilers fans certainly hope so. Jonathan Huberdeau, Johnny Gaudreau, and Cale Makar are on our prediction list too.

Will we see a goaltender on the cover – perhaps Marc-André Fleury? The cult nettie surpassed 500 wins in the 21-22 season, cementing his status amongst the game’s all-time greats.

We’ll have to wait patiently for the NHL 23 trailer, with the first look usually coming a few months before the main release – with late August being the time to watch…

As well as free games, EA Play gives its members ten-hour full-game trials to its latest sports titles. For the last few years, hockey fans have got a head start on their Hockey Ultimate with access to the game before anyone else. All progress made carries over to the full game if purchased.

So there you have it, everything we know about NHL 23 so far. Granted, it’s not much right now – but that’ll be set to change in the near future.

For now though, find a game to play in the meantime from our lists of the best PS5 games and best Xbox Series X games – we promise it’s worth it.