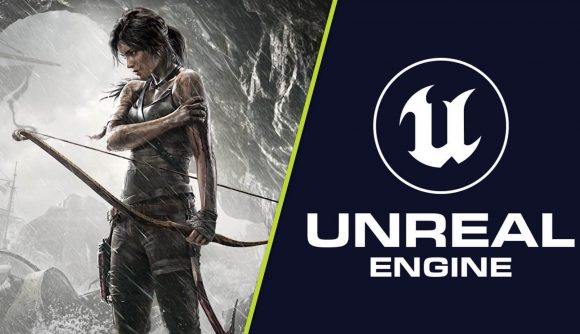 The announcement capped off a show focused on the release of the new engine today, alongside revealing a number of developers who are working on games in Unreal Engine 5, including Xbox, PlayStation, and many third-party developers.

As with more and more game announcements these days, beyond knowing Crystal Dynamics is working on it, we don’t know anything else about this new Tomb Raider game, except that the studio is now hiring for a number of positions. After being brought on to help out with Perfect Dark and apparently still working on content for Marvel’s Avengers, we don’t expect to see it for at least three-to-four years. The game is likely only just entering pre-production.

Either way, it is nice to know that Square Enix is still supporting the series after a mixed reception to the reboot trilogy, which ranged from people loving the games to thinking they were somewhat average.

Previously Crystal Dynamics said it wanted to blend the original games with the reboot trilogy when it makes its next game. So we should probably expect a better blend of gunplay and action and the traversal and exploration the series is known for.

Crystal Dynamics is incredibly excited about the future of Unreal and how it will help us take our storytelling to the next level. That's why we're proud to announce that our next #tombraider game is being built on Unreal Engine 5! pic.twitter.com/UFMiWzJAZc

What are your thoughts on a new Tomb Raider game and what do you hope to see from it when it finally releases?