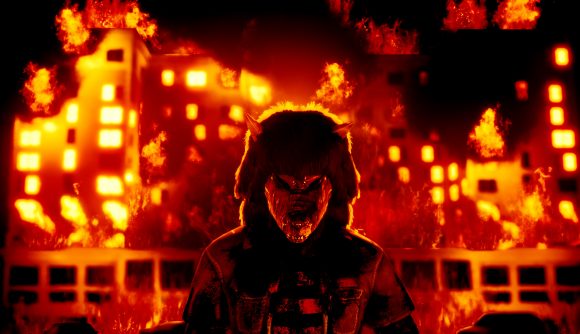 Sean Ryan is the solo developer creating Neon Beasts, a neon-soaked, high-intensity first-person shooter. With flavours of Hotline Miami and TimeSplitters, DNA from Doom 2016 and Metal Gear, and the ‘soul’ of PS1 vehicle combat game Twisted Metal, Ryan’s influences are broad and vibrant.

There’s a clear theme that emerges when chatting with Ryan about his influences: none of those FPS games are exactly subtle. If you’ve seen the trailers or screenshots of Neon Beasts, subtlety isn’t exactly prevalent either. As you take on the character of The Wolf, a masked killer with a penchant for bloodshed and a target in your sights, the demo doesn’t hold back. Fast, furious, and very bloody, the game is already being described as a first-person iteration of Devolver Digital’s cult hit Hotline Miami.

But don’t let the bold colours and brash combat make you believe that Ryan is prioritising style over substance. Narrative is just as important in Neon Beasts as combat, and so is creating realistic and genuine environments to house all that murder.

In creating an authentic representation of 1980s Miami for the game’s demo, Ryan tells The Loadout that he “tracked down pre-bulldozed buildings [and] original building paint schemes.” All because he feels that developers always “choose the exact same spots” when setting games in his native Florida. Miami’s Art Deco architecture naturally draws level designers in, but Ryan wanted to double down on authenticity. His painstaking research is realised in the polished demo he created for players to dive into before deciding whether or not to back Neon Beasts’ Kickstarter campaign.

The level will of course feature in the final game as well, but creating a convincing and exciting demo was hugely important to Ryan. “I see demos as more than just advertisements,” he says. “To me, they are their own unique experiences that are just as important as the full game.” He harks back to demo discs of the 90s, something he fondly remembers from when he couldn’t afford to buy entire games.

“Sometimes you’d get to play the first few levels and that really leaves an impression on you,” says Ryan. “You could replay those demos over and over without it ever getting stale. Even if you couldn’t afford the game you could still enjoy it to some extent.”

He’s hoping that his Neon Beasts demo will have the same effect on a new generation of gamers, while also establishing trust with potential backers. While Ryan has spent time as a “not that good” environment artist (his words) on fan-game TimeSplitters: Rewind since 2013, Neon Beasts is his first game as a solo developer, and he wants to prove that he can deliver. 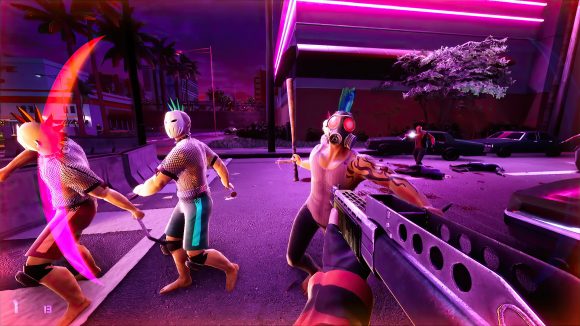 “[Financial] security is the single most important thing when it comes to something like this,” he explains when asked about pursuing funding through Kickstarter. “Life is very unpredictable. Everything can, and will, go wrong at some point. Having enough funds set aside to overcome those challenges not only keeps yourself safe, but it assures whatever project is being supported stays alive through those hard times.”

While he’s got ideas on the backburner for stretch goals, “just in case,” Ryan is unwilling to announce, or even mention any of his ideas until he is “300% certain” he can deliver on those promises. Anyone hoping for multiplayer will be disappointed, however, as Ryan doesn’t believe he would be happy with the results he could achieve with his current resources.

His current focus is nailing a narrative-driven FPS to match the nineties and noughties games that inspired him, and hoping that his modernised demo disc will draw in players like he was drawn in all those years ago.