Naraka: Bladepoint is an intriguing take on the battle royale genre. While there is plenty of familiarity and similar features between it and the likes of Fortnite, Call of Duty: Warzone, or Apex Legends, it takes many of its rivals’ best features and merges them into a BR where melee combat and movement are at the centre of the gameplay.

It was one of the most talked about games at E3 2021, and despite not being released yet has already clocked up some impressive player numbers on Steam thanks to a successful open beta.

In its spring 2021 beta, over a million individual players had a go at testing Naraka: Bladepoint, with a peak player count of 148,000 recorded at one point. The combat style, character customisation options, and abilities, all shoved into one of the most popular genres of games, means that there are a lot of people keen to learn more about Naraka: Bladepoint.

And that’s why we’re here, to collate all the information in one handy place. From the release date, to its gameplay, to what its roster of characters can do, here’s everything we know about Naraka: Bladepoint.

We’ve seen plenty of Naraka: Bladepoint gameplay already, thanks to captured footage from its open beta and trailers.

The gameplay revolves around a melee-focused combat system, but players can go into battle with one of six (potentially more at launch) individual characters that each have specific sets of abilities. While melee weapons like swords are common, there are some ranged weapons in the form of guns or bows.

Lobbies are made of 60 players. Most footage we’ve found shows teams of three, but there will also be a solos mode. These are the only modes we’ve seen so far, and it’s not clear whether duo, quad, or other team size modes will be available at launch or in the future.

Unlike a lot of battle royales, you do not drop into the Naraka: Bladepoint map (more on the map in a bit), but you instead pick a grid slot before the game begins and spawn in on that point. Interestingly, you can also see which grid squares other teams are planning to spawn in on too, which will add another strategic layer.

The movement in this game is also a big factor. You are able to climb and hang from pretty much any surface or structure, and there’s also a grappling hook to help you get around quicker.

Aside from that, you can expect to find the usual traits of a battle royale – an ever closing circle known as the Shadow, some major POIs on the map, looting, some Warzone bounty-style missions that you can pick up and complete, and more.

Naraka: Bladpoint will be released on August 12. It will launch on PC only, via Steam and the Epic Games Store, but a console release may arrive further down the line.

Naraka: Bladepoint has already had a handful of successful betas, and its final one before launch is slated for June 16. This will run until June 22 and will be available via Steam.

The current targeted release date for the console version of the game is sometime in 2021. 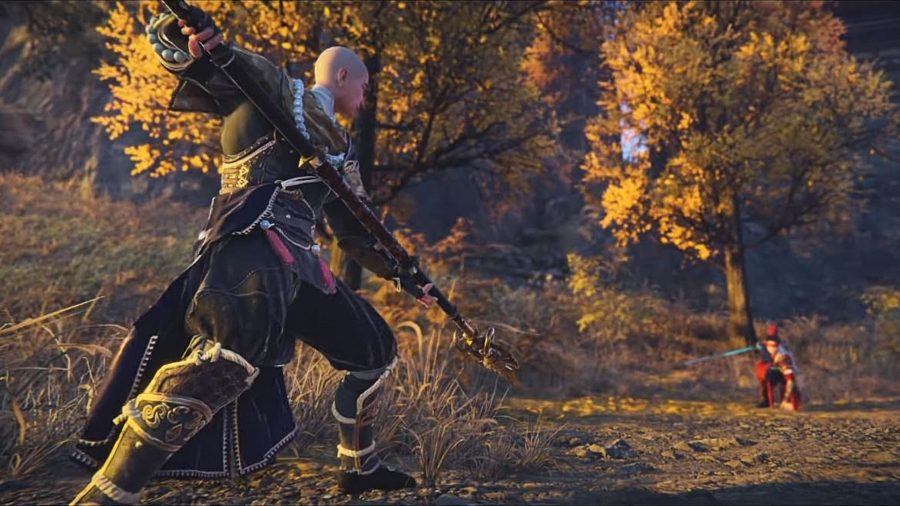 So far, six characters, or ‘heroes’, have been playable in Naraka: Bladepoint, as per its latest beta in April 2021.

The confirmed Naraka: Bladepoint characters are:

The beta also showed three blacked out and locked heroes that will be revealed in a future version of the game, so expect nine characters at launch.

All heroes are customisable with cosmetic items, have individual Heroic Tales (lore entries), and also have Hero Expertise, which are obtainable by completing certain challenges called Mastery Quests.

That’s all we know about Naraka: Bladepoint so far, but we’ll keep you updated with the latest as it drops.