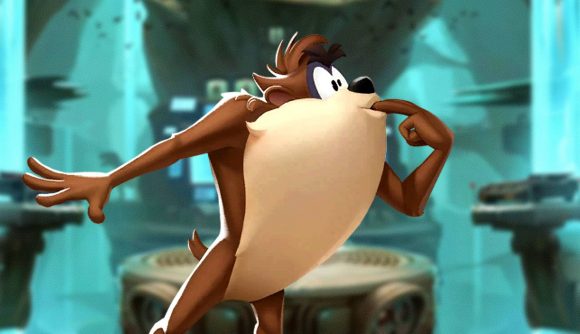 Player First Games’ crossover-packed platform brawler MultiVersus is only just entering a truly open beta – which is doubling as a soft launch for the fighting game on Xbox, PlayStation, and PC – and the developer is already introducing the game’s first major nerf. Yes, you’ll be pleased to know that the suffering is over because a MultiVersus Taz nerf is here – and fans of the game are hilariously memeing the nerf and mocking the Looney Tunes’ character online.

If you’re sat there wondering what we’re even talking about, allow us to explain… In MultiVersus, Taz’s Ground Special (Side) move ‘Taz-nado’ has come under fire for being easily the most over-powered and unbalanced attack in the fighting game.

The move itself is quite simple, really, and allows players to utilise Taz the Tasmanian Devil’s iconic tornado-like spinning manouevere in-game. Essentially, while Taz is spinning, any enemy he comes into contact with his hit multiple times and then knocked back. It doesn’t have the longest duration, but it was an infuriating move to come up against and something that a lot of players found very difficult to avoid.

Now, though, thanks to the attentive developers behind the game, it looks like Taz’s Taz-nado tornado move has been nerfed – and quite substanitally too.

This has led to quite a few people on the MultiVersus subreddit mocking the Looney Tunes character and his weakened attack. From the wide selection of memes on the topic, we’ve picked out a few of our favourites.

Firstly, there’s a clip from Family Guy that shows Taz spinning into a sneaking exit from what appears to be his child’s room. You can check that out below:

There’s also a hilarious reference to Marvel Studios’ Spider-Man Homecoming, where Taz deflatedly admits that he’s nothing without “the spin” and Player First Games responds with “if you’re nothing without the spin, then you don’t deserve it”.

After reading the patch notes from MultiVersusTheGame

There are even people already joking about how they’ll remember facing off against MultiVersus’ Taz before the nerf in ten years time.

POV: You’re watching Looney Tunes with your child in ten years and have PTSD from MultiVersusTheGame

With the update fresh for a lot of players, there’s no telling just yet how effective it has actually been. However, players have already jumped on Batman and Finn as potentially the next best characters in-game. They’re both up there in our MultiVersus tier list, but how long will they stay there?

That, ultimately, remains to be seen. For now, why not brush up on the aforementioned Looney Tunes character and check out some MultiVersus Taz combos – he’s still good, just weaker than he was.