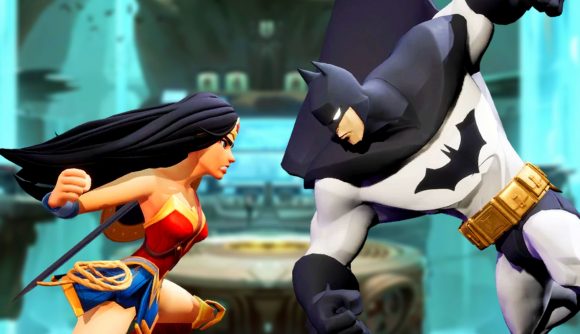 Player First Games’ free to play platform fighter MultiVersus is the game a lot of us have been waiting for. If you’ve ever wondered whether Wonder Woman and Velma Dinkley would be able to beat Stephen Universe and Arya Stark in a fight, now you’ll be able to find out. If not, well… That’s understandable – but, you’ll be able to find out nonetheless. If you’re looking forward to this character-packed brawler, we have everything you need to know about what time MultiVersus comes out.

If you’re not sure what MultiVersus is, exactly, the best way to describe it would be to compare it to other games in it’s genre. MultiVersus is a free-to-play fighter akin to Super Smash Bros Ultimate and Brawlhalla that features characters from Scooby Doo, Looney Tunes, Game of Thrones, DC Comics, and more.

There’s a lot about this game that’s exciting and the aptly named Player First Games really are putting the players first with it. If you’re looking forward to the MultiVersus release time, you’re going to want to keep reading.

Following this period in open beta, Season 1 will then launch and a full release will come down the line.

We know collecting all the MultiVersus trophies will take hundreds of matches, but this is a game that’s going to be playable for hundreds of hours. Expect the MultiVersus roster to keep growing for a long time – who knows, that might mean you’ll see your favourite Game of Thrones character make an appearance at some point.