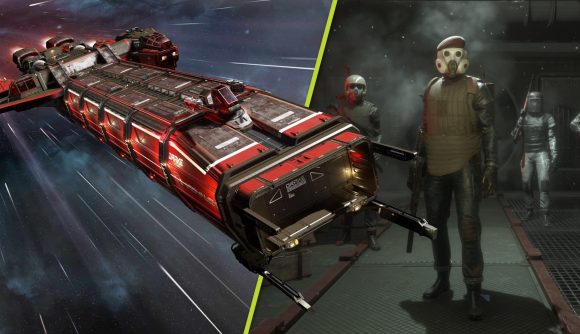 If you’ve read our Marauders preview, you’ll know Small Impact’s upcoming extraction shooter has been heavily influenced by games like Escape From Tarkov, Rust, DayZ, Vigor, and Sea of Thieves. But it’s not just games that have helped influence this space shooter – plenty of films and anime have too.

According to Cameron Small, the lead developer on Mauraders, Small Impact has leaned heavily on its cinematic influences, particularly those with dystopian, used future, and sci-fi elements. It’ll come as no surprise that films like Star Wars have served as an influence, but what about neo-noir science fiction anime?

“It’s a bit of a mess,” Small jokes when we ask him about where the ideas for Marauders spawned from. “We grew up with James Cameron and all his movies, so we like that tone; that dystopian, low-tech sci-fi vibe. We also like used future stuff and Star Wars where they’re all sci-fi vehicles but they look older than my car.

“We also have anime influences like Cowboy Bebob and Jin-Roh. I love Jin-Roh – they had this alternate history thing where Japan stayed within the empires and they have German technology. I just love the way it looks, it’s so stylish.”

Jin-Roh in particular helped influence Marauder’s weaponry. The game, despite being set in the 1990s, follows an alternate history timeline in which the Great War never ended. It’s why players can find weapons like Thompsons, flamethrowers, and MP40s in space. 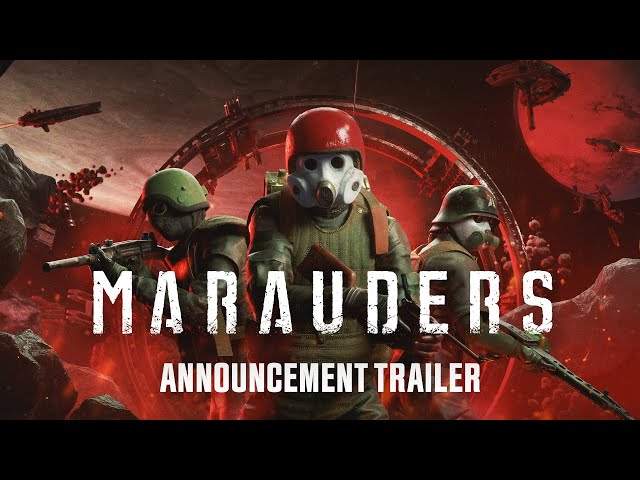 And then there’s the gaming influences. While these are a little bit more obvious, Small admits there is one curveball.

“Games wise – and this always catches people out – I’d say Star Citizen,” he says with a smile. “It shouldn’t be seen as an inspiration, I understand that, but when you look at it as a package, there’s something really sexy about it. It’s like what you thought Mass Effect would be as a multiplayer MMO.

“Its immersion is so impressive outside of all the problems you see about the game, and its pilot seat flying is unparalleled, so we wanted to take some of that for Marauders.”

So there you go – for as much as people say Marauders is like Escape From Tarkov in space, show them this article. Marauders is as much influenced by epic anime as it is by the genre leader. Now all that’s left is working out when the Marauders release date will be.