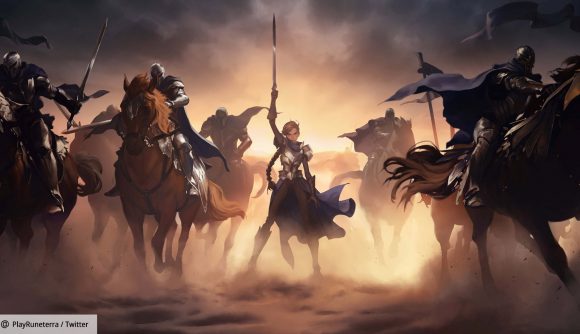 2020 was a huge year for Legends of Runeterra esports, with the introduction of Seasonal Tournaments back in October bringing it to the next level. However, Riot Games has today announced the endgame for any competitive title – a fully-fledged world championship for the popular card game.

According to the announcement, the Legends of Runeterra World Championship is set to take place throughout September, with a whopping 256 players fighting for just 16 spots in the finals. 64 players from the Americas will duke it out for six finals seats, while 64 from Europe and 128 from the combined regions of Asia and SEA will duel one another for five seats each.

There are three ways that players can secure a spot in the qualifiers – either through gaining points by placing highly in ranked each season, reaching the top four in one of the five Seasonal Tournaments leading up to the event, or through accruing enough points from these tournaments from strong performances.

Once the 16 finalists have been decided, they will be dropped into four-player round robin groups. The top two from each group will then proceed to the single-elimination stage, leading to the grand final. The prize for the player who takes it all? The lion’s share of a cool $200,000 prize pool.

256 players will battle it out for the title of World Champion, with a $200k prize pool at stake.

2021 looks to be a huge year for Riot’s esports endeavours, with MSI returning to League of Legends, and Valorant’s Champions Tour viewership also continuing to grow heading into Stage 2 Masters next month.