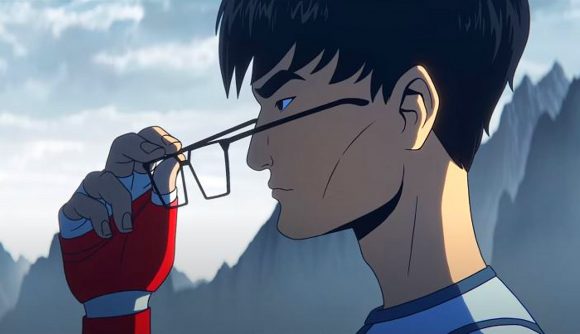 With Riot Game’s growing discography of League of Legends songs, one thing that is becoming clear is that it doesn’t shy away from some fusion.

Tracks for Worlds and other musical projects in between have seen a multitude of genres collide to create some genuinely unique listening experiences. This trend has continued with 2020’s LoL Worlds song Take Over, which sees three artists with very different styles coming together. Jeremey McKinnon, MAX, and Henry Lau collaborate for this grungy, hard-hitting track which sees the trio’s various genres of punk, pop, and K-pop merge together to form yet another banger. This is quite a contrast to last year’s Worlds song, Phoenix (performed by Chrissy Costanza and Callin Russo), which was heavily pop-influenced.

While the song itself is stellar, the video is causing quite a stir. The animated video appears to show the main character battling former Worlds winners to harness their skills. The likes of T1’s Lee ‘Faker’ Sang-hyeok and FunPlusPhoenix’s Gao ‘Tian’ Tian-Liang make cameos, posing as the champions they used at the Worlds they won.

Over 150,000 people were watching the live premier on YouTube.

The release of Take Over comes just a few weeks after one of the communities favourite League of Legends bands, K/DA, returned with a new single and the promise of an EP later this year.

If you’re interesting in the making of Take Over, you’ll want to check out Spotify’s latest video here.