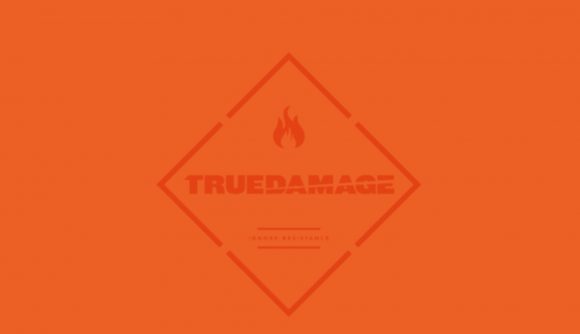 Riot Games doesn’t only use League of Legends as a highly successful MOBA, but also as a source for their highly successful animated music videos and songs. Fans of League will be familiar with True Damage, a group made up of the champions Akali, Ekko, Qiyana, Senna, and Yasuo who even got their own Louis Vuitton collaboration.

With their success, audiences have been waiting to see if the band makes a comeback, and it seems that they have in the form of merch.

If you go to truedamage.com at the moment it takes you to a page which shows a very orange screen and a minimal amount of information. “Worldwide merchandise release, Saturday, July 11” going live at 8AM PDT (11AM EDT / 4PM BST). Not long ago the site had even less information on what the release was and everyone thought it could be a new music video or a song.

Sadly, we now know that this isn’t the case and that True Damage is just getting some new merchandise on the 11th. The last band from the League of Legends world was Pentakill, and they got a full album rather than just a song and merch, so maybe in the future we’ll see some more tracks from True Damage.

Until then, I’ll just look lovingly at the new Spirit Blossom skins.