We all know by now that swathes upon swathes of big name brands, both endemic and mainstream, are trying to bustle their way to the front of the queue when it comes to advertising in esports. Gaming hardware, car manufacturers, mortgage companies, fashion giants – you name it, they’re involved somehow. As more and more names pile in and game publishers and tournament organisers look for more ways to facilitate and satisfy their needs for exposure, one area has been left relatively untapped until now – actual in-game advertising.

While this has been slightly easier to achieve for the esports organisations competing themselves through mediums such as jerseys and skins in FIFA or the Call of Duty League, others have had to take a more delicate approach. It’s not to aimlessly plaster the logo of Mercedes-Benz or Kit-Kat somewhere within the maps, pitches, and racetracks of the esports world after all.

But Riot has taken the plunge with in-game banners in the Summoner’s Rift that will be canvases for some of League of Legends’ key sponsors throughout the 2020 Summer Split and beyond in the LCS, LEC, LPL, and LCK.

And to be honest, when you’ve got the world’s biggest esport and a long line of sponsors wanting to get a slice of the pie, it’s the only logical next step.

The “intrusiveness” of the banners might have left some fans with a bit of a sour taste, but overall the general reception has been pretty positive, especially considering it brings it more in line with traditional sports.

A personal concern – which was worsened by the press shots sent by Riot of a banner flaunting the rather basic logo of MasterCard – would be that they’d look a little dreary. A logo or a brand name doesn’t seem to cut it in the days where football stadiums are packed full of the electronic billboards we’re now accustomed to.

But Riot’s Global Head of Communications, David Higdon, has assured fans on Twitter that brands “will use them creatively.” And they’re going to have to be if you want to draw eyes away from a pentakill.

Correct. We have been testing them and developing options to expand with league branding and other uses. Stay tuned, as they have been built to allow for some very cool uses, and the brands will use them creatively

The League of Legends esports scene is no stranger to innovation and has conjured up many interesting ways to get sponsors the exposure they desire while also piquing the interest of the fans – just look how quickly the super expensive Louis Vuitton x League of Legends fashion capsule sold out. These interactive banners are the next logical step for publishers and tournament organisers hoping to bring some of the biggest brands into esports and keeping them there. 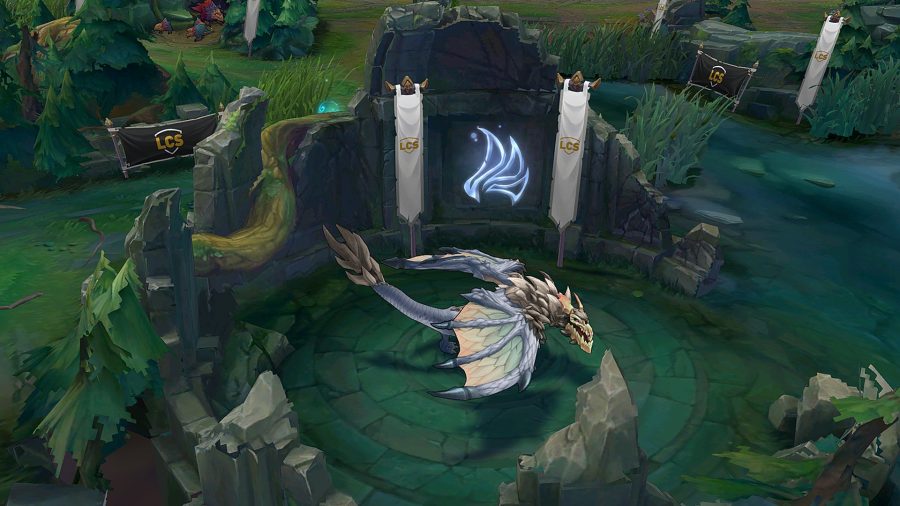 If done well, it wouldn’t be too crazy to assume we’ll see more of this in other esports too. While sports games provide the most natural setting for in-game advertisement, it’s only a matter of time before banners and billboards start springing up elsewhere in other MOBAs or FPS titles – in what capacity though, we’ll have to wait and see.

While there will always be a group of purists that sees this step as unnatural, they’ll do well to remember it’s contributing to the growth of the esports scene.

In all honesty, I’m surprised that it’s something that hasn’t been explored sooner, but now it’s arrived let’s hope Riot doesn’t drop the ball with it.