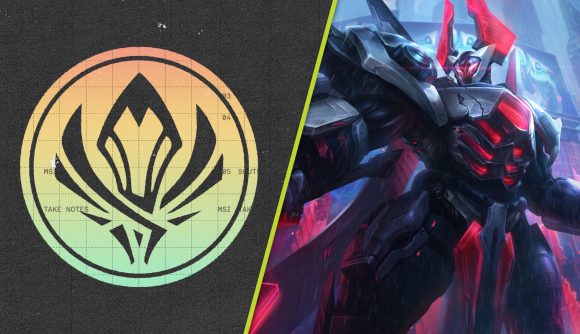 League of Legends patch 12.8 is nearly here, and developer Riot Games is taking further measures to diversify the popular MOBA game’s meta ahead of next month’s 2022 Mid-Season Invitational. On what should be the final patch before the tournament officially kicks off, 16 champions have been shown some love.

Game designer ‘Riot Phlox’ took to Twitter to offer up the latest preview of champions who will be getting buffed on patch 12.8: Aatrox, Bard, Ezreal, Fiddlesticks, Jhin, Kassadin, Mordekaiser, Poppy, Sejuani, Seraphine, Sylas, Tristana, Vel’Koz, Vladimir, Xerath, and Zoe. With nerfs coming in for dominant bot lane picks Jinx and Xayah, it’s clear that Riot is continuing its attempts to rebalance the lane’s premier marksmen.

Additionally, Soraka will also be getting hit with the nerf hammer, while AP Kai’Sa – who has been a menace in the mid lane – and Swain will be getting adjustments. Pyke was originally set to receive a nerf in the initial preview, but this tweak has been pushed back for now.

Once again, off-meta or seldom-seen picks like Mordekaiser, Fiddlesticks, and Valdimir will hopefully be brought to the fore in pro play, though making changes this close to MSI may not necessarily translate into the champions popping up in the draft.

We've pulled a few things from this patch either for more time or after reconsiderations. Pretty fun patch I'd say!

Also remember 12.8 is the MSI patch so no more changes coming for the pro game there pic.twitter.com/phCwJyFkwa

Regardless, now we’re heading onto what should be the final patch before MSI 2022, we’re excited to see if some of these underutilised picks do make their way into the draft. Oh, and we’re always down for Jhin buffs.