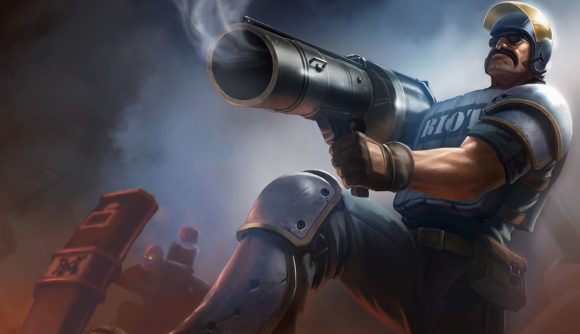 A new anti-cheat system is going to be added by Riot Games to help the company crack down on cheaters in League of Legends, according to a new blog post. The anti-cheat system, which makes use of kernel drivers, will also protect Riot’s new games like Project A.

“Your favorite anti-cheat team has been forced to play this game [League of Legends] from the user-level, effectively giving cheaters a much-needed, twelve-stroke handicap, Phil Koskinas, a Riot Games anti-cheat engineer, writes in his latest blog, via Dot Esports. “But as much as we might like the idea of an ever-escalating appsec war with teenagers, we’re now entering a multi-game universe where linear time and sleep deficits will make this particular strategy untenable.”

To counter any further cheating in League of Legends and a number of other Riot Games titles, the team is choosing to use kernel drivers, which is a computer program at the core of a computer’s operating system. The driver is already being utilised by systems such as EasyAntiCheat, Battleye, and Xingcode3.

The anti-cheat has opted to use kernel drive protection because most of the cheats out there are currently able to bypass Riot’s anti-cheat system by using specialised hardware. In fact, Riot even hired one guy who managed to bypass its system to work on the project.

“This isn’t giving us any surveillance capability we didn’t already have” Koskinas adds. “The purpose of this upgrade is to monitor system state for integrity (so we can trust our data) and to make it harder for cheaters to tamper with our games.

“We believe anti-cheat is one of the most important components of an online multiplayer game, and we want you to play in a world where you never have to doubt the abilities of your opponent. There is no cure for cheat fever, but we will continue to do anything it takes to bring you the best competitive experience possible.”

As well as cracking down on cheaters, Riot Games promised it was going to “go to war” on peekers advantage in Project A during the game’s announcement last year. We’re yet to see proper gameplay footage from the Counter-Strike: Global Offensive competitor but promises like this and better anti-cheat efforts make it an attractive prospect for FPS fans.