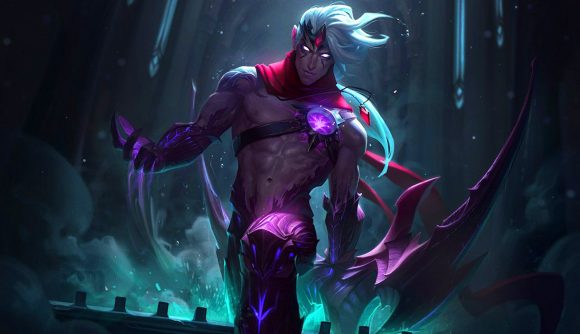 Healing and durability have been hot topics in League of Legends recently, and it sounds like that’s not going to change any time soon. Riot Games has just released a new blog post that explains its philosophy on healing in League of Legends, looks at some current pain points, and hints that some more tweaks to healing will be coming up in a future LoL patch, with the Grievous Wounds debuff singled out in particular.

Matt ‘Riot Phroxzon’ Leung-Harrison, the lead designer on League of Legends’ balance team, has penned this new blog post off the back of LoL Patch 12.14, which set out to nerf a whole load of healing items and abilities – something that was controversial with the community.

Phroxzon tries to summarise Riot’s stance on healing in LoL by saying: “satisfying healing mechanics are typically frustrating for opponents to play against.” He also discusses how Riot separates champions with healing abilities into two groups – “incidental healers” such as Ahri, which have healing abilities as just one part of a wider kit, and “core healers” like Aatrox, which are champions whose whole identity and kit is built around healing.

You can read all of Phroxzon’s thoughts on that in the full blog post here, but the real meaty info that players will want to pay real attention to is the intention to change up Grievous Wounds.

“We intend to balance Grievous Wounds to be optimal when the enemy team has more than two heavy healers doing moderately well,” Phroxzon explains. “Given the complexities of item based decision making, this calculus may change in game (e.g. if the healing composition scales, it may be better to just optimize for burst and try to end the game fast), but should be a good general rule to start with.”

These Grievous Wounds changes are set to arrive at some point in patch 12.14 – as will more changes to other “outlier healing cases”.

12.14 has already had a big impact on healing, and due to it arriving so soon after the big durability update in 12.10, League of Legends has seen a real gameplay shift over the last couple of months, and our best LoL champions list has been struggling to keep up…