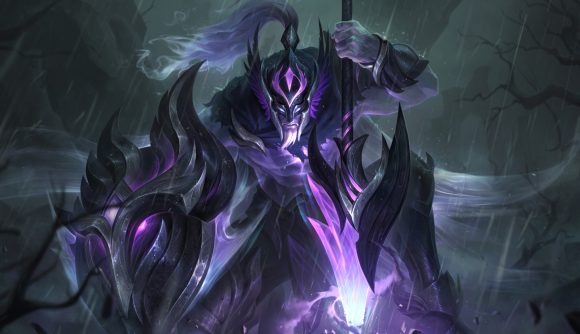 League of Legends’ store is set to get a bit of a shakeup on patch 12.12, with the introduction of Mythic Chromas, Ashen Knight Pantheon, and a fresh rotation of Mythic Shop skins. However, perhaps the most-exciting thing – especially for those players with Blue Essence burning holes in their pockets – is the return of the Essence Emporium.

According to Riot, the exclusive store will open its doors on June 28, running until July 12. While the Essence Emporium is open players will be able to snag some exclusive cosmetics, ranging from chromas to ward skins. Additionally, the coveted URFWick skin will once again be up for grabs.

There is, unfortunately, some bad news – the Essence Emporium will be going on hiatus for an undetermined amount of time once it ends. Riot says that this measure is being taken so that the studio can rebuild it, as it’s currently incredibly inefficient to ship. Furthermore, the studio will be “exploring some long-needed navigation and usability improvements for when (not if) it returns.”

By way of making amends for the disruption, the three Gemstone icon bundles will be doled out to players for free, as part of a three-mission chain that requires players to play matchmade Summoner’s Rift or ARAM games. Each bundle awards players ten Mythic Essence, granting a total of 30.

Elsewhere in the shop, Battle Boss Veigar is set to be the first recipient of a Mythic Chroma – a new content type which not only changes the skin’s model, but its VFX too for a cool 40 Mythic Essence. Players will be able to pick up the new Mythic Chroma until patch 12.13.

Mythic Chromas will be made available for both Legendary and Mythic skins, with Ashen Knight Pyke and Ashen Knight Panethon’s Emberwoken chromas receiving their updated VFX down the line in patch 12.18. Riot says future Ashen skins will all launch with a purchasable Mythic Chroma also available.

Speaking of Ashen Knight Pantheon, the Artisan of War’s Mythic skin (100 Mythic Essence), Mythic Chroma and Icon bundle (40 ME), and shiny new emote (25 ME) will drop during 12.12, and will remain available for purchase until patch 12.17.

With Pantheon’s arrival, Ashen Knight Pyke will be vaulted. Don’t worry though, this only means that the base skin (without any of the extra gubbins) will “immediately be added to loot pools”.

Finally, there’s going to be a big old rotation in the Mythic Shop. The following skins are being removed from the shop:

Meanwhile, the following skins are being added to the shop:

Needless to say, a lot’s being chopped and changed in the shop, so definitely cash in that currency before you