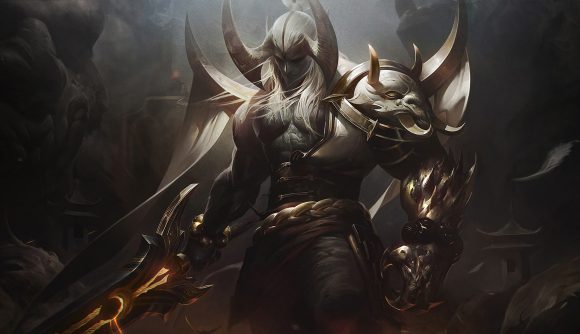 League of Legends has undergone a bit of a metamorphosis over the past few patches, thanks to the Durability Update introduced in patch 12.10. Thanks to this, champions have become tankier, switching up the popular MOBA game’s meta dramatically. Now, several weeks on, developer Riot Games has published a new Quick Gameplay Thoughts article musing on the results of the changes.

A big question many had when the changes were first announced was ‘why bolster durability instead of nerfing damage?’ After all, the biggest issue for most was the sheer amount of damage in the game. According to Riot, although the damage output of all of League’s systems – runes, items, etc. – was definitely too high, “they were balanced relative to one another.” By buffing durability instead of tweaking damage systems, the studio says it can now “make focused changes” to them, rather than making “holistic passes” across all of them.

Of course, with such a meta-defining patch coming into play, Riot had to work quickly to re-balance the game’s extensive roster of champions. Despite a whole host of changes already having been made, there’s more on the horizon – Riot particularly notes that it will be further reducing healing strength to bring it in line with the studio’s vision for a game balanced around 40% Grievous Wounds healing reduction.

Overall, Riot believes the update has “landed relatively well”, with players across the globe appreciating the slower combat and greater opportunity to express their skills. Although games are less snowbally than before, the developer maintains that an element of snowballing is still good for the game. After all, players who get ahead in their matchups deserve the opportunity to push their advantage further – just not to the same extent it was before.

With further balance changes soon dropping to help iron out the creases, League’s Durability Update has certainly been a positive for the game’s health so far.