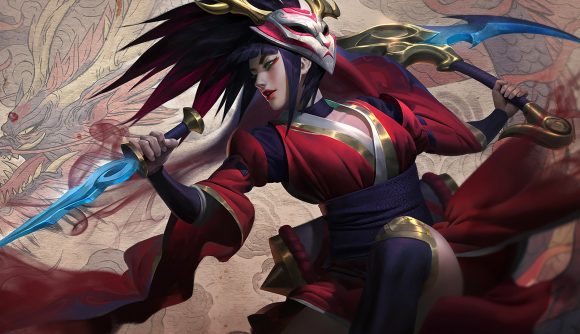 Originally voiced by Krizia Bajos, Akali has always been known for her serious-but-sassy character. However, with the arrival of Star Guardian Akali – voiced by Ashley Burch – Riot clearly felt it was time to update her base voice lines to match. This didn’t go over well with a sizable chunk of the community, with players taking to social media to voice their dissatisfaction.

The general consensus is that while Burch – who’s best-known in gaming for her portrayals of Aloy (Horizon Zero Dawn), Chloe Price (Life is Strange), Tiny Tina (Borderlands), and Viper (Valorant) – is a perfect fit for the new Star Guardian skin, Bajos’ voice is a better match for the former assassin of the Kinkou Order.

“I like the original VO”, writes Reddit user ‘lkso’. “The voice sounds more appropriate for Akali; she’s serious and intense. The new one is too sarcastic and blase.” Meanwhile, ‘moodRubicund’ states that Burch’s rendition is “too Hollywood action hero for me”. You can hear a comparison for yourself below.

Based on Spideraxe’s report, Star Guardian Akali will continue to be voiced by Burch, while Bajos’ original lines will be retained elsewhere. Needless to say, it’s great to see Riot acting on community feedback.