Have you ever brutally maimed and tortured a toy elephant in an attempt to make a child cry? I have. What about sucking the eyes out of a rogue hoover? I’ve done that too. But while these It Take Two levels might sound horrifying, they’re actually some of the most fun I’ve had this year while playing videogames.

I’m a competitive first-person shooter fan at heart, but the moment I saw the trailer for Electronic Arts and Hazelight Studio’s new game, I knew I had to play it. This heartwarming – and at times, utterly disturbing – game forces you to get creative and work together with a friend or partner in a bid to rekindle a faltering relationship via the help of Dr Hakim, a terribly corny self-help relationship book. It might not sound like a game deserving of an award, but hear me out – it is.

That’s because It Takes Two is more than just a couch co-op game – it’s a game that transcends genres, giving you the opportunity to dip your toes into the world of platformers, shooters, racers, dungeon crawlers, and much more. Sure, the narrative isn’t necessarily the best, but the gameplay is, especially if you’re playing it with someone who doesn’t normally play games.

It Takes Two is built on accessibility and this is where it shines. Games are meant to be for everyone, but triple-A titles which usually make up the majority of nominations for these end of year awards require a certain level of gaming literacy which isn’t afforded to everyone. Josef Fares’ game, however, really embraces that mentality, meaning progression through each one of the game’s chapters feels gratifying at all times.

Puzzles are challenging but not impossible, and while some might be trickier than others, you never feel like you have to trade controllers to get the job done. It’s this, combined with Dr Hakim’s continuous shouts of “CO-LLAB-ORATION”, that spur you on throughout and give you a warm, fuzzy feeling when you finally defeat one of the game’s many bosses. 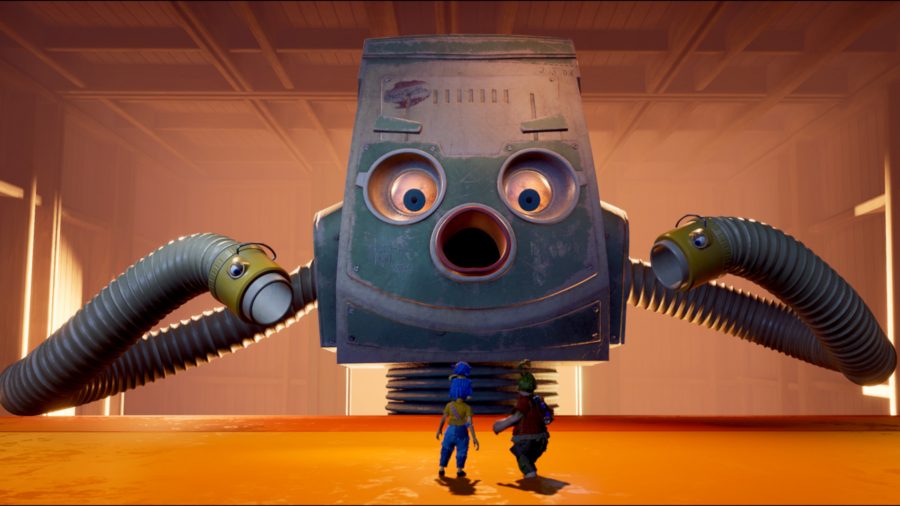 It’s that accessibility that means the game is perfect for everyone. Newcomers will still be able to experience It Takes Two in all its glory, while getting a taste of different genres along the way. Experienced gamers will be able to enjoy all of that, plus the little easter eggs and gaming culture references to things like Mario Kart and Crash Bandicoot that are thrown in for fun too.

There’s also something incredibly special about learning to work with someone else, whether it be in person or online. I played the game with my partner, who is a gamer himself, and we were both surprised by how much power it places into the hands of each character. There’s an equal level of responsibility, and while some of the gadgets can be a little janky, it creates purely magic moments that you’ll remember for years to come.

It Takes Two isn’t your standard Game of The Year. It’s not a shiny triple-A release made by one of the gaming industry behemoths – it’s a relatively small title under the EA Originals banner. And while 2021 wasn’t the greatest year for games, we should be celebrating the ones which place originality and fun above all else.

That’s why, after sinking hours into countless other triple-A games on PC and console this year, this cheesy little co-op, which is one of the best 2-player Xbox games I’ve ever played, has to be my pick for The Loadout’s Game of the Year.