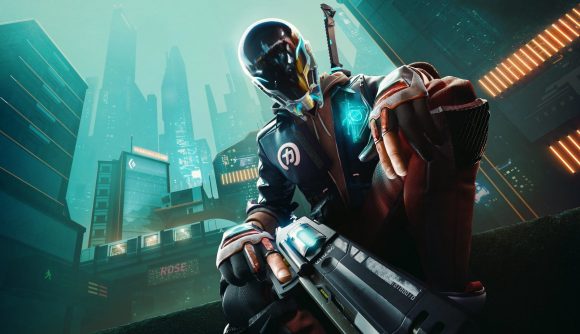 In July 2020, all anyone could talk about was Ubisoft’s new battle royale, Hyper Scape, which set out to redefine the world of battle royale shooters for good. However, 18 months on from its release, in which time interest has massively waned, Ubisoft has announced it’s ending the game’s development.

In just three months time, Ubisoft will be pulling the plug on the Hyper Scape servers, wiping this vertical, close-quarters shooter from the internet for good. In a statement, which thanks the community for its support over the last year and a half, the development team says it has made the “difficult decision to end the development of Hyper Scape and shut the game down as of April 28.”

The writing has been on the wall for a long time too. While Ubisoft has been plying the game with new seasonal content, Hyper Scape has never been able to pull in the viewership many other free-to-play battle royale games do on Twitch. And for a game that was built with Twitch in mind, it’s hardly good news.

We don’t have player data for Hyper Scape, but stat sites like Twitch Tracker show Hyper Scape was never able to come close to its peak viewer count of 465,955 on July 2 – the day its beta launched. In fact, in the last seven days, the game has only attracted an average of 15 viewers.

A message regarding the future of Hyper Scape: https://t.co/IUhzJsSm9I pic.twitter.com/8HplpcqdCY

Still, Ubisoft is trying to stay positive about it. In the official statement, the team say that they will be taking “key learnings” from the game into “future products.”

What those products are, however, and whether they’re connected to the battle royale universe, remain to be seen.