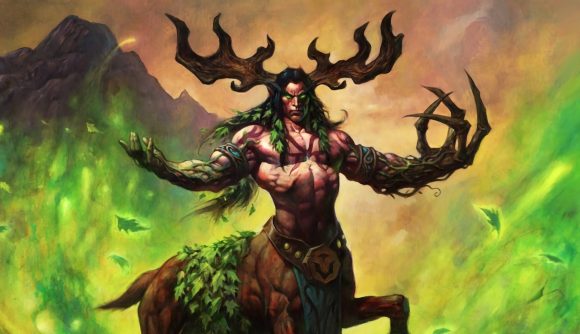 The latest Hearthstone expansion, Madness at the Darkmoon Faire is slowly approaching, and we’ve been lucky enough to reveal one of the upcoming cards. The new expansion seems to be continuing the trend we’ve seen recently, increasing the power level of the final set of each year.

Just like 2016’s Whispers of the Old Gods expansion, Madness at the Darkmoon Faire reunites us with the four ancient entities: N’Zoth. Yogg-Saron, C’Thun, and Y’Shaarj. These four cards were some of the most powerful Hearthstone has ever seen, and it looks like Blizzard is looking to harness their powers once more. To spice up the meta, the Old Gods powers have been reworked so their cards will have different effects this time around.

Druid fell by the wayside in 2019, but the Year of the Phoenix has been very kind to Malfurion. We’ve seen powerful decks in the form of Guardian Druid and Embiggen Druid, and now we may see the rise of a new archetype. Madness at the Darkmoon Faire has introduced powerful Druid spells, and our exclusive Druid card from this expansion follows suit.

Introducing the epic eight-cost Druid spell: Cenarion Ward. This spell further enforces Druid’s ramp mechanic as it allows you to protect yourself from aggressive classes while slamming down a powerful minion. The text reads: “Gain 8 Armor. Summon a random (8)-Cost minion)”. Eight-cost minions in Hearthstone are arguably some of the most useful, including Tirion Fordring and Walking Fountain. Right now, the worst minion you’ll get is Natalie Seline, and even she requires your opponent to immediately take action. 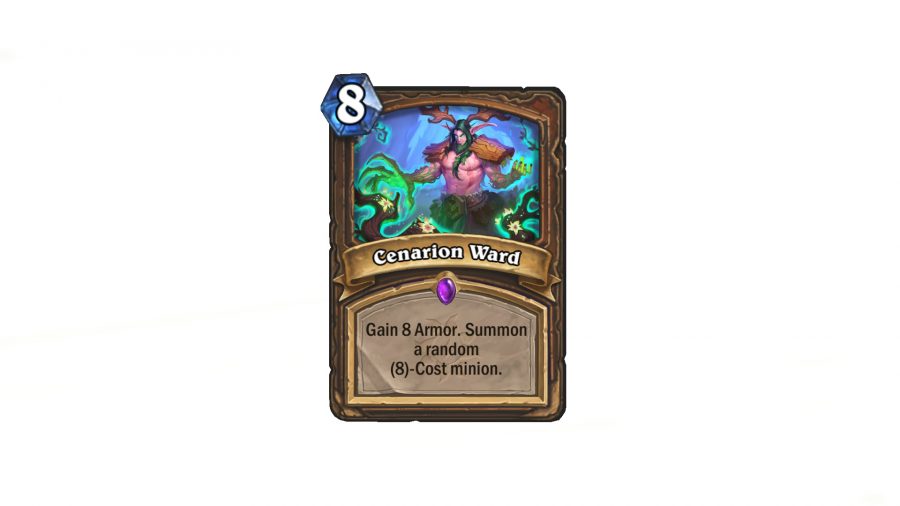 Here’s the flavour text for the card: The Old Gods are wreaking havoc and the forest cries for help. Only the most adept druids hear the call and only the most brave druids answer it. Cenarion Ward will help the forest recover and it will help you recover too. They say that nature magic is strongest under a solar eclipse.”

In the past, we’ve seen the Priest class be able to utilise Free From Amber, an eight-cost spell with a similar effect. Not only does Cenarion Ward give you an eight-cost minion, the extra armour will prove vital to staving aggro decks.

If you’re looking for the best Hearthstone decks, definitely check out our guide which highlights a number of great aggro decks. These decks are sure to get you to Legend in the fastest amount of time possible.