If you are looking for the best Hearthstone decks to crush your opponents in record time, you’ve come to the right place. Blizzard’s free-to-play card game may be six years old at this point, but the competition is still as fierce as ever. Though Hearthstone can be a tricky game to master, we can make your experience smoother with a strong meta build.

This guide focuses on aggro (aggressive) decks in particular, which are designed to deal as much damage as possible in the least amount of time. Aggro variants prey on players who use greedy, value-oriented builds by flooding the board with cheap minions. By using one of these decks, you can expect to close out games within the first seven turns, maximising your chance of ranking up within a short timeframe.

Don’t worry if you are running low on Arcane Dust. All the lists in this guide feature an overall dust value of 6,600 or less. These are the cheapest builds you can craft that are fully capable of breaking into the coveted Legend ranks.

The best Hearthstone decks are: 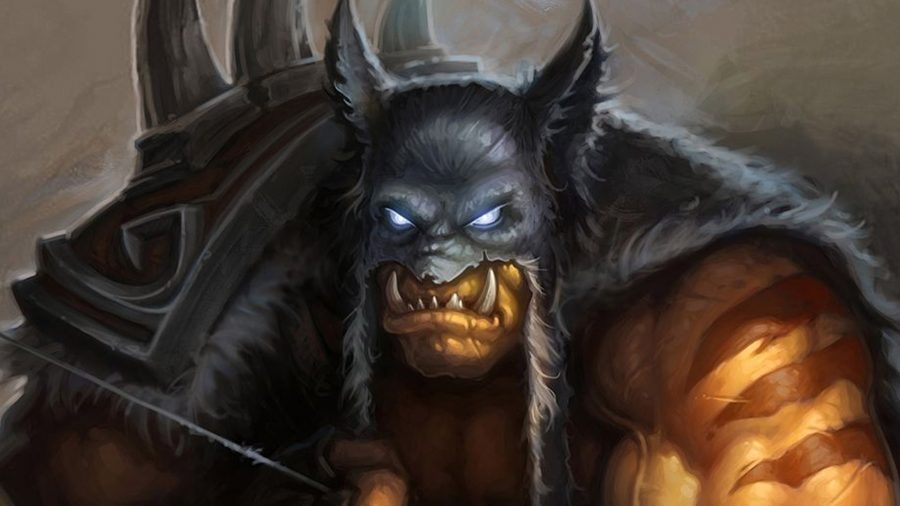 This deck from HSReplay.net has one goal: go face. Every card in Polkelt Face Hunter has been carefully selected to accomplish this exact task. Its mana curve spans from one to four mana, ensuring you have a playable card every turn. Being able to play cards every single turn and using up as much mana as possible is key for aggro decks – Polkelt Face Hunter is no exception to this.

As the name suggests, Lorekeeper Polkelt is a core component of this build thanks to its unique deck shuffling effect. Playing Lorekeeper Polkelt rearranges your deck by placing all the high cost cards on top, guaranteeing damage-dealing cards right when you need them. The combination of Dragonbane and Kill Command should be enough to close out most games.

One of the big downsides to this variant is the lack of card draw, and there will be points where you are relying on top-decking a vital card. For this reason, Voracious Reader is one of the most important cards in this list as it can save a game that seems completely lost. Though it’s always important to play your minions for tempo, try to avoid playing Voracious Reader unless it draws you at least one card. 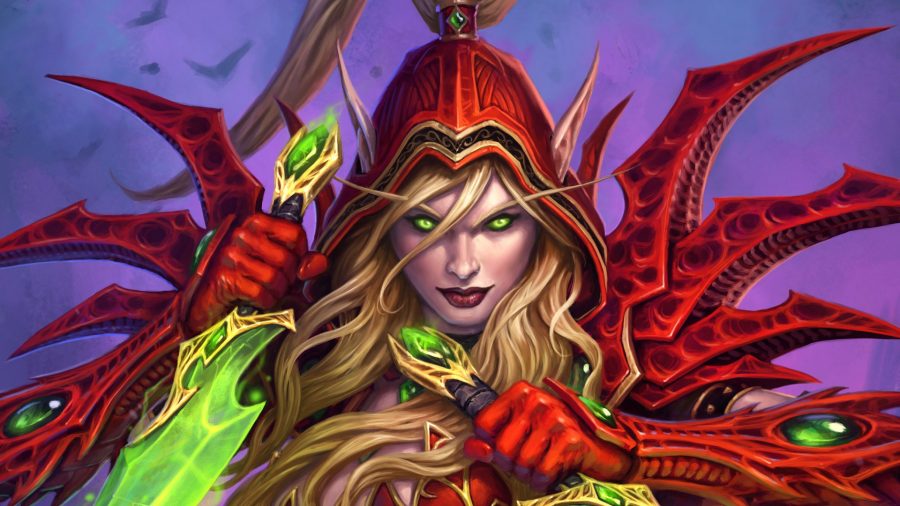 Vicious Syndicate has a variation of Stealth Aggro Rogue that is incredibly lethal in this meta. Stealthed minions can wreak havoc on players lacking AOE spells, and fortunately for us, that weakness can be easily exploited by this Stealth Aggro Rogue build. The stealth minions in this deck only have a maximum of two health, but that won’t matter if your opponent is unable to target them.

Cards like Worgen Infiltrator would be laughed at in any other class, but Rogue can utilise the stealth effect on seemingly weak minions to upgrade them dramatically. Ashtongue Slayer is essentially a conditional, minion-based Cold Blood, however the effect should almost always work thanks to the way this deck has been built. Greyheart Sage also synergizes well with stealthed minions as it gives you a well-stated minion in addition to drawing two cards.

Unlike the Polkelt Face Hunter build, Stealth Aggro Rogue has no issues with card draw thanks to the powerful Secret Passage spell. Being able to swap your empty hand for four cards from your deck gives you the extra push you need to solidify your board, or look for burst damage. Cards like Eviscerate and Sinister Strike are perfect for dealing additional damage to face, allowing you to avoid any taunt minions that get in the way. 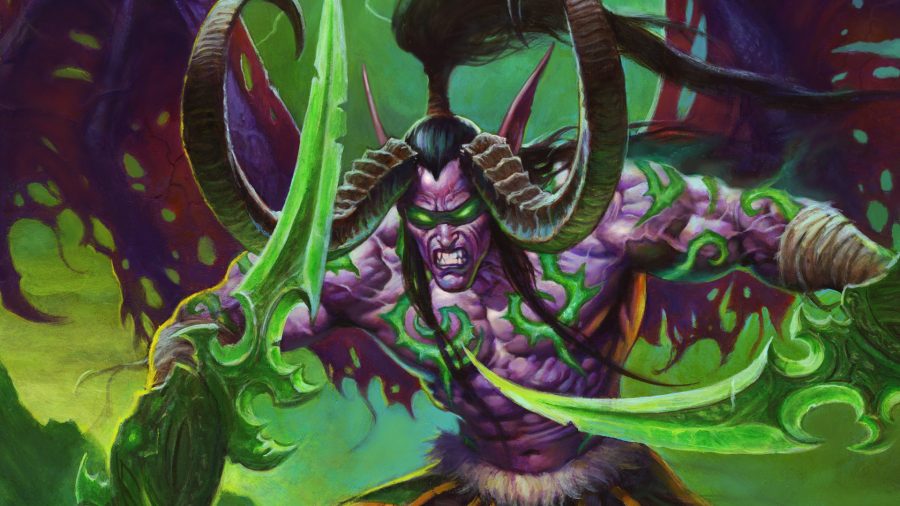 If you like the idea of aggro decks but you also want to counter them, this is exactly what you are looking for. HSReplay.net’s Soul Demon Hunter demonstrates the power of Soul Fragments which were introduced in the Scholomance Academy expansion. It strikes the perfect balance between aggro and control, making it the most well-rounded deck against the current meta.

This list utilises Soul Fragments as an offensive tool, but can be also used for healing if things start to get too close for comfort. Spirit Jailer provides a sticky early game minion that shuffles Soul Fragments into the deck, as well as Soul Shear which can remove most two drops with ease. The last Soul Fragment card is Marrowslicer, a powerful 4/2 weapon that will find itself hitting the opponent’s face most of the time.

There’s enough removal in this build, combined with powerful minions to ensure your board always remains threatening. Demon Hunter’s ability to provide huge amounts of damage without needing a board means your opponent always has to stay alert. Soulshard Lapidary, Glaivebound Adept, and Twin Slice provide excellent ways of dealing unexpected damage. On the off chance the opponent has a minion you haven’t managed to remove, Consume Magic and Kayn Sunfury avoid any awkward obstacles that block your path to the enemy’s face. 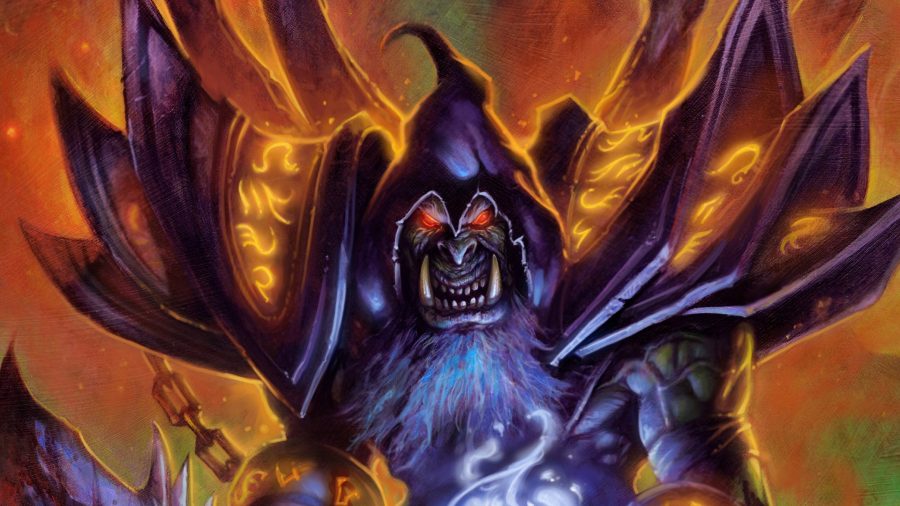 Zoo Warlock has been a staple of Hearthstone ever since it was released, and this latest variation of Zoo from Štěpán ‘Norwis’ Šimek continues that same trend. It’s the most expensive of the lot, but it also has the highest skill ceiling. As Norwis has demonstrated, this version of Zoo Warlock took him to Rank 1 Legend.

In exchange for health, Warlocks are given powerful cards that are well worth their mana cost. Flame Imp, Diseased Vulture, and Flesh Giant all require a health sacrifice in order to see their true potential, but it’s important to remember this synergy applies throughout the course of a game. For example, using your Hero Power while Diseased Vulture is on the board nets you a three-cost minion, and also makes Flesh Giant cheaper.

Though the mana curve of this deck tops out at eight, that’s actually not the whole truth. It’s not uncommon for the Flesh Giants to drop down to half their original mana cost, and Hand of Gul’dan is almost always discarded by Expired Merchant. Drawing cards in this deck takes no time at all thanks to Warlock’s Hero Power and the synergy between Hand of Gul’dan and Expired Merchant. In fact, you’ll end up drawing cards so fast that Zephyrs the Great has been added, allowing you to discover the perfect card before turn seven.

And there we have it, four of the best Hearthstone decks under 6,600 dust to help you climb the ranked ladder. If you find yourself against a particularly annoying control deck like Resurrect Priest, it may be worth conceding if their boardstate becomes too much to handle.

However, this will save you some time in the long run – maybe even enough to get in another match within the same timespan.