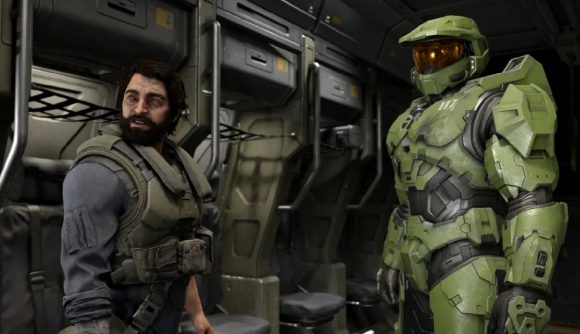 Halo Infinite‘s close character bonds and gripping storylines are some of the strongest points about the game’s campaign, and now the writer who helped craft those relationships is taking his skills to League of Legends and Valorant developer Riot Games.

As spotted by VG247, Aaron Linde, who was credited as the lead narrative director on Master Chief’s latest adventure, tweeted last week that he’s “departing 343 Industries to pursue a new opportunity in 2022.” Linde added at the time that “it was a terrifically difficult decision; Halo Infinite will remain one of the proudest achievements of my career for the rest of my life. I’m so grateful to have been a part of it.”

Linde’s Twitter bio now says he is a senior narrative writer on Riot Games’ R&D team, which is dedicated to “philosophy, approaches to innovation, and development” as Riot explores new genres and types of experiences, such as their upcoming fighting game ‘Project L‘. A further tweet from Linde on January 3 also confirms this.

Linde doesn’t state if he will be working on Project L or another project currently in the R&D stage at Riot. However, Valorant’s former game director, Joe Ziegler, also recently left his post to work on a new secret project at Riot Games, so both Linde and Ziegler could have moved onto this project which seems to be entering further development at Riot.

I want to thank my dear colleagues at 343 for making the best game I've ever worked on, our incredible voice cast for elevating our work in every single line delivery, and our players for joining us on this wild-ass journey. You made 2021 an incredibly special year for me.

As of right now, we will just have to wait to see what comes from Linde’s work at Riot Games, but based off of Halo Infinite’s characters and story we might be in for a great deep dive into some of Riot’s beloved characters.