GRID Legends couldn’t have been braver with its chosen release date if it tried. Dropping just a few months after the roaring success of the Xbox Game Pass darling Forza Horizon 5 and launching a couple of weeks before the hyper-realistic, hotly-anticipated Gran Turismo 7 for the PS5, it faces stiff competition for racers’ hearts on both consoles. To stick the landing, it will need to make an immediate positive impression on players, and while over time you do start to appreciate GRID Legends’ gameplay and some of Codemasters’ innovations, it started – for me at least – with a worrying wobble.

With the promise of being a glorious next-gen experience, I was pleased to load into a graphically-impressive introduction race, but within just a few seconds the game began to give my Xbox Series S – the admittedly less powerful Xbox console of this generation – some issues. There were several occasions just in this short intro sequence where I would experience stuttering and frame rate drops. I’ll also talk more broadly about performance here and say that on a handful of circuits (London appeared to be a regular culprit) these same issues would crop up. I’d say this happened in around a quarter of my single-player career races. The rest, though, ran well.

I’m not sure if the meatier consoles – the Series X and the PS5 – have the same issues, and a review pack sent to the media does say that Codemasters is working on “general stability issues” for launch, so this may not be something you come across if you do pick up GRID Legends. I really hope you don’t, as it certainly spoils some truly wonderful circuits – street circuits like Havana and Barcelona are especially gorgeous – and some really fun racing too.

Before I delve further into GRID Legends’ gameplay and various other features, what you won’t be hearing about in this review is its Driven to Glory story mode. With limited time to get to grips with GRID Legends, I decided to prioritise more long-lasting aspects like the online racing, the career events, and car collection, rather than the 36-part story, which has also been well documented and promoted by EA and Codemasters already. For the record though, I’ll say that I admire the developers for trying something really original when it comes to storytelling, and there’s a lot of content there to soak up if story-driven content is more your thing.

So, how does it feel to actually go racing in GRID Legends? In a word: enjoyable – when things are running smoothly, of course. There are a range of factors that all make the racing pretty satisfying, so let’s dive into some of them. 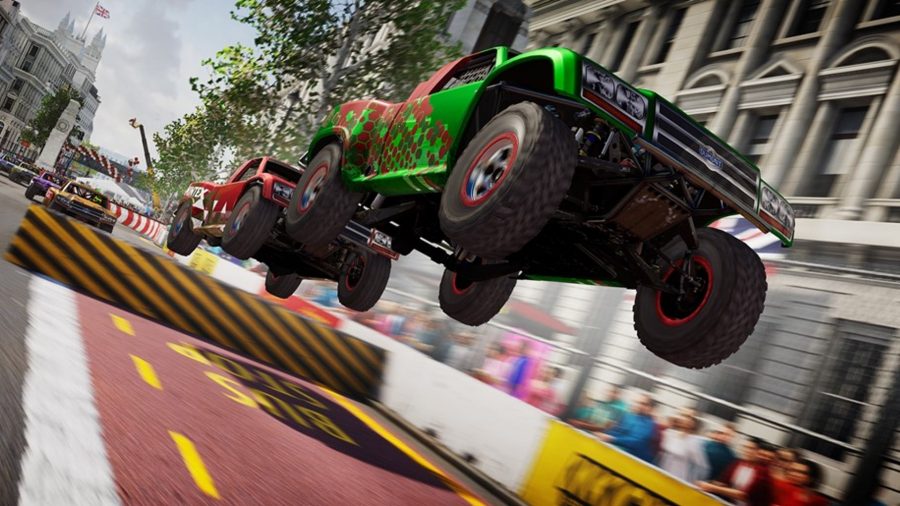 One of the main unique selling points of GRID Legends is that it offers you a line-up of cars from every conceivable corner of motorsport. From electric cars, to racing trucks, to souped up Beetles, to a Renault Formula 1 car, there’s a great range on offer, and each class feels really unique to the others when behind the wheel. There’s a decent range of upgrades available for vehicles too, but nothing too revolutionary.

Codemasters has also put in some real effort when it comes to the surfaces you race on and the weather conditions too. Drop a back wheel onto the smallest bit of grass, and you’ll spin out. Take a corner slightly too fast in the rain, and you’ll need a miracle to stop you from understeering. It’s great to have meaningful race conditions like this that add an extra layer to your driving.

Both of these factors make me really wish I was playing on a proper racing wheel to be honest, or at the very least on a PS5 DualSense controller to try out the haptic feedback. It was still fun, but I don’t think a standard Xbox Series controller unlocked the full potential of the gameplay. But I guess that’s on me for being basic, eh?

In single-player activities, GRID Legends also offers one of the most intuitive and convincing racing AIs I’ve seen. These are not robots that stick to their racing line – some will swerve, some will take lines wider or tighter, some will send it up the inside, and there are even cases of unprompted mistakes or mechanical failures. Other games have similar systems, sure, but GRID Legends’ felt genuinely quite convincing and dynamic. Once you find the right difficulty level for you, they are actually pretty fun to race against.

However, you don’t buy a racing game in 2022 to just race against the AI – you wanna go wheel to wheel with other players online. In Codemasters’ F1 Series, this has often proved to be a long and arduous affair thanks to a pretty rubbish lobby system. However, even with a limited player base during the early access period I was playing in, GRID Legends’ clean and simple server browser, and a new feature that lets you join a race in progress by commandeering an AI car, shows that with EA’s help Codemasters is finally learning how to make a quick and seamless online experience. Because the AI can fill empty lobby space, but be easily replaced by real drivers while the race is in progress, you never have to wait to get into a lobby and can launch races without the required number of players. 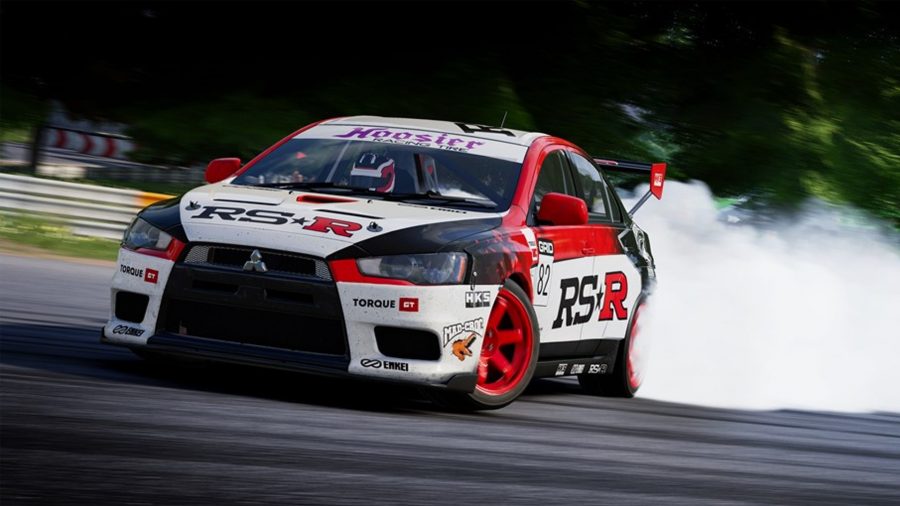 While this wouldn’t work in F1’s serious online ranked modes, for casual online play, the series has to adopt this feature. While we’re yet to see Gran Turismo 7’s online offering, it’s likely that GRID will be the quickest and easiest way for you to jump into some form of online racing this year. I even timed how quickly I could go from booting up the game on the Xbox dashboard to taking control of a car in an online race, and it’s doable in under a minute.

Sadly, there’s one aspect of online racing that Codemasters can’t escape, and that’s saboteurs and dirty racers. The full senders. The side swipers. The brake testers. The corner cutters. The carnage of F1 online lobbies is well documented, and it’ll be the same story in GRID Legends. However, I do fear that nefarious players will now find it easier than ever to cause carnage and will abuse the ease of GRID Legends’ drop-in feature to ruin lobbies. There certainly needs to be some kind of punishment system implemented to deter people from doing this.

When I see GRID Legends’ tile next to Forza Horizon 5’s, I know which game I want to play

While I have enjoyed the actual racing and the online improvements, I still don’t feel particularly hooked on GRID Legends. The car lover in me hasn’t felt a connection to any of the cars I’ve driven so far – probably an effect of jumping into ready-built race cars, rather than the Forza Horizon formula of hoarding stock cars and souping them up to race spec. Some of the career mode events I’ve driven in so far also seem a tad dry and repetitive.

Let’s put it this way – when I see GRID Legends’ tile next to Forza Horizon 5’s on the Xbox dashboard, I know which game I want to play. That seems a harsh comparison I know – especially when GRID arguably offers a better online competitive racing experience than Forza. But it just lacks the dynamism and variety needed to stand out in the rather sticky release window it’s found itself in. And that’s a shame, as Codemasters has done a pretty good job with the gameplay, and Driven to Glory also appears to be a good quality and meaty bit of content to enjoy – although it is probably worth seeing what those who have completed the story mode say about it.

So while GRID Legends is far from a flop, it just doesn’t shout louder than the competition and compel me to play. However, it does serve as a great example that Codemasters, under EA’s stewardship, is making great strides with some of the weaker areas of past games, and could one day create something that does have the pazazz to outshine Microsoft and Sony’s respective racing behemoths.

GRID Legends is a big step in the right direction for Codemasters, offering enjoyable and easy to access online racing. However, it is let down by a few technical hiccups on the Xbox Series S, and fails to shout loud enough in a genre that’s about to become even more crowded.