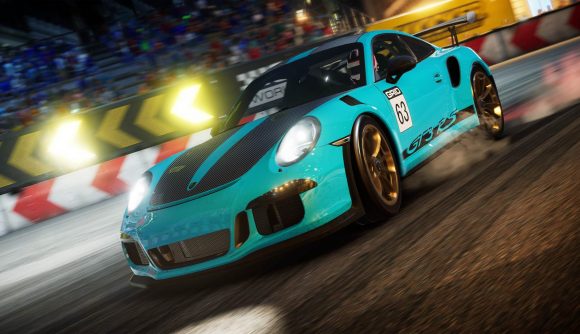 With Codemasters now owned by EA, many were expecting the British developer’s future titles like the upcoming GRID Legends to dive headfirst into the microtransactions pool and introduce everything from battle passes to a store filled with wacky vehicle skins and customisation options.

Well, it doesn’t look like that is the case as GRID Legends won’t feature any microtransactions. Confirmed in a gameplay presentation by Codemasters today, the studio is instead opting for a year-long DLC plan which will include four content drops throughout the game’s first 12 months.

These four seasonal content drops will arrive after the initial GRID Legends release date and be available for players who purchase the Deluxe Edition of the game or the seasonal pass. These drops are yet to be detailed in full, but will include new story paths for the game’s drivers, new tracks, game modes, and more. In addition to the content drops, Deluxe Editions owners will get access to the Mechanic Pass, which gives a permanent mileage boost multiplier to your vehicles.

But, if you don’t want to fork up the extra money, players get access to free weekly and monthly challenges and rewards, with extra rewards on offer for Deluxe Edition and seasonal pass owners.

This is definitely a welcome announcement for long-time GRID players who want that traditional racing experience without the bloat and cosmetic filler we find in most living games today. More details about GRID Legends’ content drops will arrive next year.