There’s nothing worse than breaking into Bolingbroke Penitentiary to break Professor Maxim Rashkovsky out of the San Andreas state prison in GTA Online only for him to glitch out and refuse to move.

This heist-breaking bug has been a part of Grand Theft Auto V for several years now, infuriating many new players who are just trying to work their way through the core heists. The advice in the past has been to kill yourself and restart the heist from scratch – but that doesn’t always work.

The Prison Break bug happens in the finale of the heist after the ground team enter the prison and kill the NOOSE guards. The ground team will then approach Rashkovsky, give him a gun, and attempt to break him out. Except, in bugged heists, Rashkovsky will either disappear entirely, or crouch behind a concrete barrier refusing to move – even if the path ahead is clear of enemies.

So what do you do if you encounter Rashkovsky not moving in the Prison Break heist? Well, there are a few options depending on what platform you’re on.

If the stubborn professor refuses to follow you after you had the gall to break him out of jail on PC, then the following fix is for you. For this to work, you’ll want to quit the heist, close down your game, and then follow the steps (thanks, ‘Valonar‘) below: 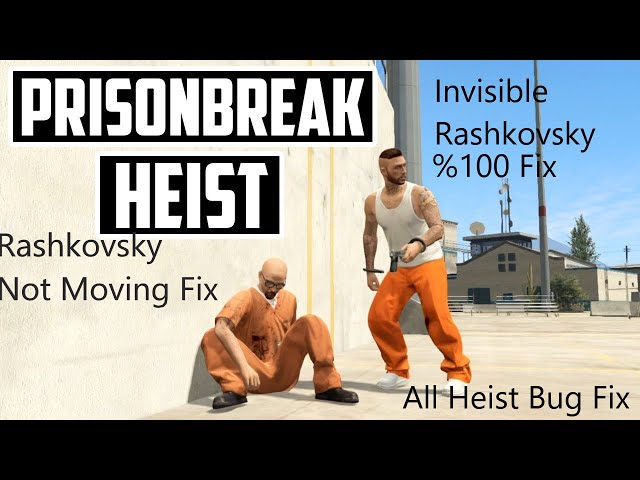 By following the above steps, Rashkovsky should follow you as you and your teammate clear the path outside. We’d recommend always keeping one player by Rashkovsky at all times, though.

Moving Rashkovsky on console is a little bit trickier. There’s no definitive way of fixing the bug, but a restart of both your console and the game is recommended.

If that doesn’t work, clear the path of guards as usual. Then, once the yard is clear, grab a NOOSE truck and reverse it repeatedly into Rashkovksy. This is a little time consuming, but if you do it right, you can get the professor to stand on the ledge on the back of the van while you drive off. 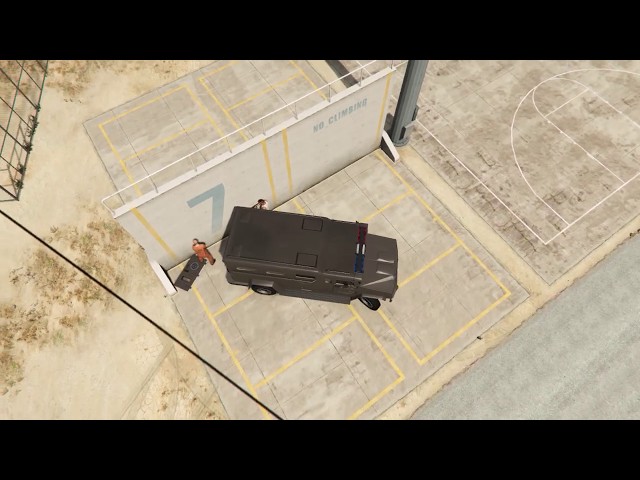 So there you have it, a fix to the infuriating Rashkovsky not moving bug. Maybe with your new heist reward you could pick up one of the fastest cars in GTA 5. Trust us, it’s worth it.