Genshin Impact 2.6 brought with it a huge amount of shiny new content to clear through. At the heart of the update is the introduction of The Chasm – a sprawling, craggy region chock-full of mysteries to be uncovered. One of these mysteries is how to unlock The Lost Valley Domain in Genshin Impact.

However, getting into the Domain isn’t as simple as walking up to the door. As you’ll see in this guide, there are a couple of steps you’ll have to take in order to clear the way in. Without further ado, here’s how to unlock The Lost Valley Domain in Genshin Impact.

How to unlock The Lost Valley Domain in Genshin Impact

In order to unlock The Lost Valley Domain in Genshin Impact, you’ll want to have Geo Traveller handy. To begin, head just south of the Domain’s icon on the map to where you see three small rocks in a triangular formation. 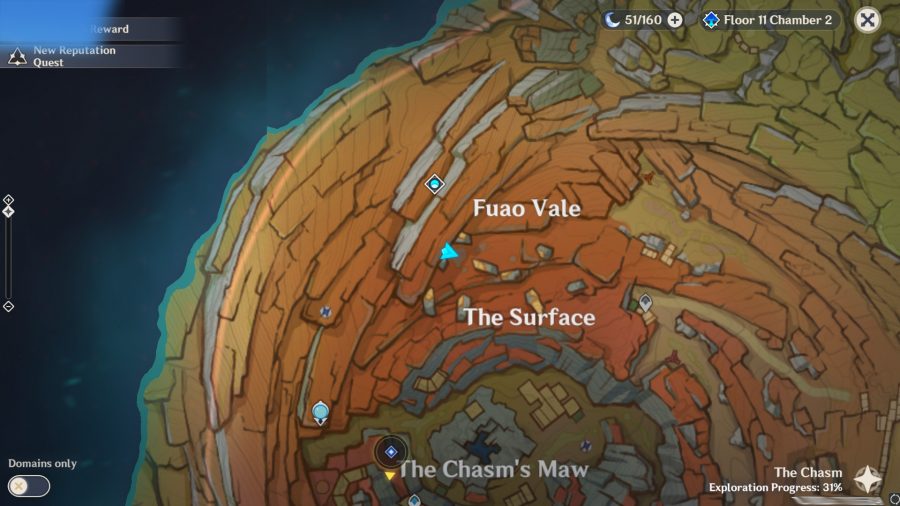 When you arrive, you’ll have to clear out some Hillichurls guarding a chest on a pressure plate. As you’ll see in the video demonstration below, you will have to create two Geo constructs with Geo Traveller’s Elemental Skill, creating a trail from the Pyro rock blocking the entrance to the large Geo-encrusted rocks behind you.

Once you have set the two constructs in place, run towards the nearest Geo-encrusted rock, which will have a spout rock next to it. Springboard off the rock, and float towards the Geo-encrusted rock swirling with energy to the southeast. Give it a good whack, and it will begin a chain reaction of shockwaves that trigger on each Geo construct hit. This will chain all the way to the Pyro rock, destroying it and opening up the pathway to the Domain. 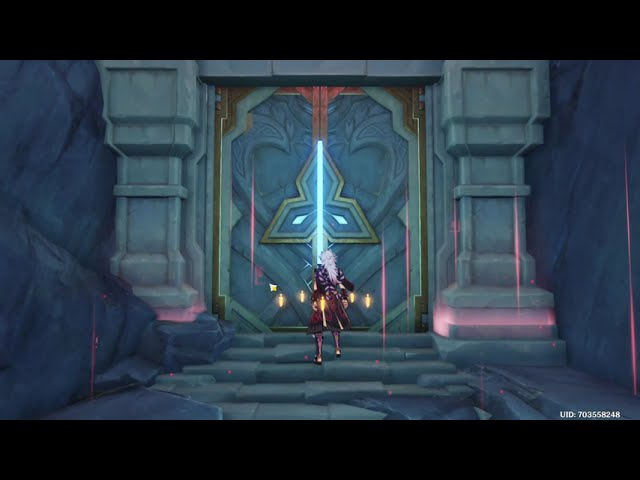 And that’s how to unlock The Lost Valley Domain in Genshin Impact. You can also choose to place a construct on top of the pressure plate, which will create an air current and several anemo rings to ferry you across to the trigger rock quicker, but we found there’s plenty of time to simply drop a couple of constructs and float on over.