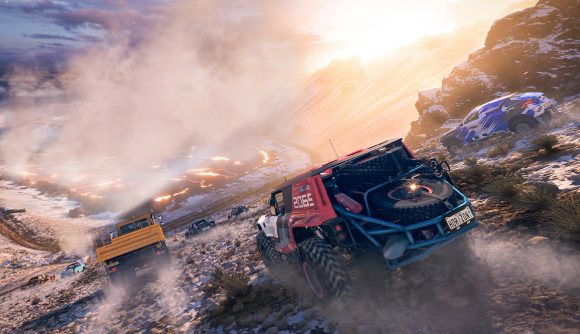 A remarkable feat has been achieved in Forza Horizon 5 before the game has even been fully released, with players scaling the seemingly unreachable highest point in Mexico – the very top of the volcano.

Forza Horizon 5 isn’t even available yet for those who pre-ordered the standard version of the game, or those waiting to pick it up on Game Pass. However, players are already pulling off some impressive feats after spending just a few days with the open-world racer. One of those comes in the form of a player scaling to the top of the volcano which is sitting slap-bang in the middle of the map.

The volcano, which is actually a caldera (a large depression formed after a volcano has erupted), doesn’t actually have large sides to drive up as the main structure has sunk. Instead, players have to shamble up the rocks which have been left over from its eruption to officially reach its peak and the highest point in Mexico.

Because of this, the feat from ‘umax66′ on Reddit is even more impressive as the clip they uploaded of themselves features them carefully manoeuvring their large off-road truck along the rugged route to the top. This definitely isn’t an easy achievement and we aren’t even sure if Playground Games thought this was possible.

The lack of a Bonus Board or any kind of collectible up there, or an achievement for getting to the top, suggests that Playground Games either didn’t know this point of the map could be reached or they didn’t want to force players that were looking to 100% the game to have to struggle their way up, maybe breaking a few controllers along the way.

You can actually climb the volcano peak, here is the last part of my struggling. from forza

With any open world game, reaching the highest point is always a tantalising prospect for explorers. However, with how tricky it is to scramble your off-road vehicle up there, this is definitely one of the more challenging endeavours, but likely not the last one players will attempt in Forza Horizon 5.