Fortnite’s massive popularity can be attributed to many things: its excellent take on battle royale, a giant map filled with landmarks, tight shooting gameplay, the list goes on. One element that the fanbase can’t seem to get enough of, however, are the colourful cosmetic skins, some of which are so rare that you won’t find anywhere else.

From partnerships with established IP to outlandish original designs, Fortnite’s skins are a source of pride for many of its players. While many of the skins seen today come from battle passes and the rotating Item Shop, a few legacy skins have either fallen off the radar completely or have not been listed in the shop for years.

We’ve compiled a list of some of the rarest Fortnite skins, from old collaborations, to console exclusives, and one-time-only offers. If you own any of the skins you see on this list, consider yourself very, very fortunate.

These are the top ten rarest Fortnite skins: 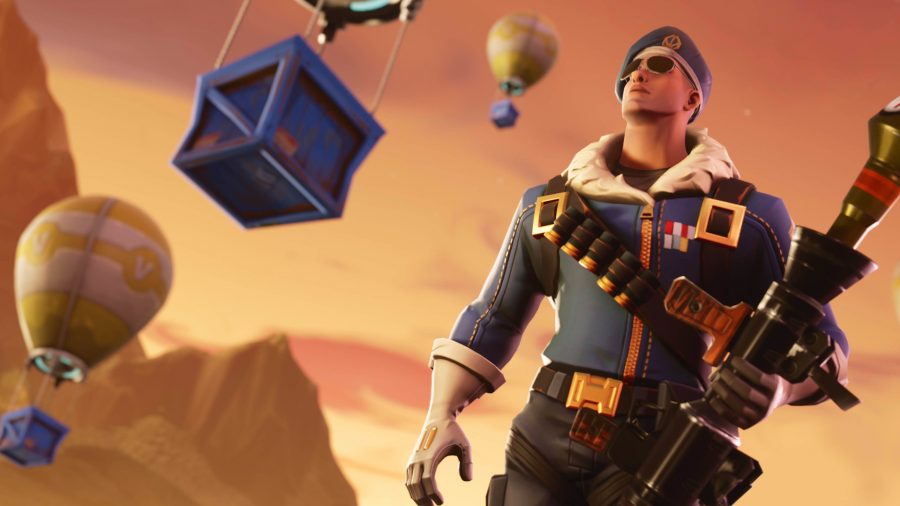 Royale Bomber was a skin offered in 2018 via a Fortnite-themed PlayStation 4 bundle in Europe and a Fortnite-themed DualShock 4 package in the US. This was the only way to get the cerulean-colored skin, and he has not appeared in the Item Shop once since his debut.

If you thought enough to snag either the bundle or the controller, you own one of the rarest Fortnite skins that may never again see the light of day. 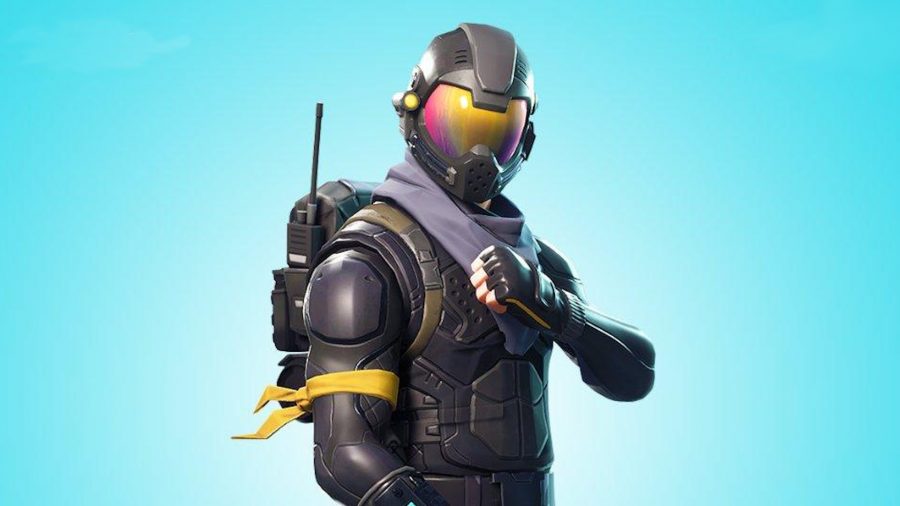 Rogue Agent is a helmet-wearing Epic-ranked skin that has appeared in the Item Shop just once, back when it debuted on September 15, 2018. It made an appearance one other time a few months later, but only as an exclusive skin for the iOS port of the game.

Needless to say it’s doubtful the skin will re-emerge on that platform, so now we’ll have to wait and see if the rogue will ever reappear elsewhere. 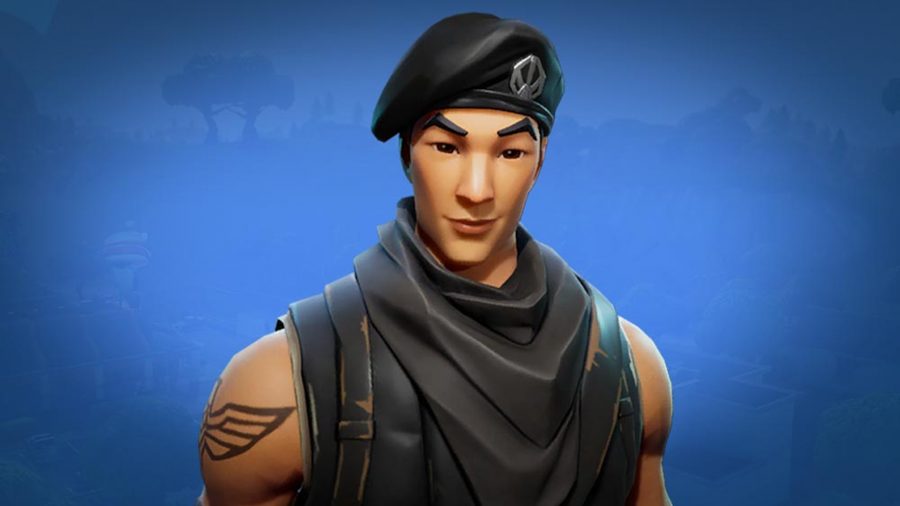 The rare Special Forces outfit debuted in Fortnite’s original season, way back in November 2017. Unlike the other rare Fortnite skins on this list. it’s appeared for purchase a few times since then, most recently on January 24, 2019.

Unfortunately it hasn’t been seen since, not even in any special skin bundles, marking nearly 850 days since it was last available. It’s not clear what the problem with this skin is, so it’s entirely possible it could resurface any day now. 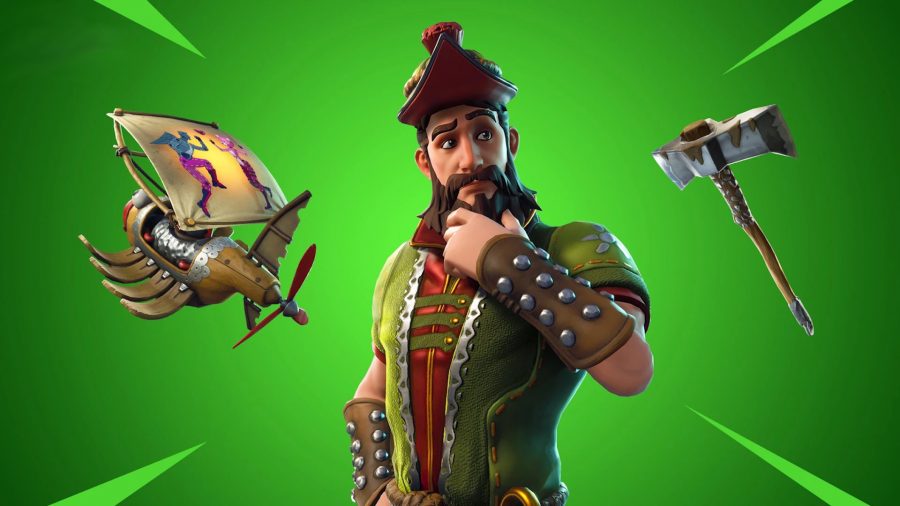 Similar to the Special Forces skin, Hacivat has been made available in the Item Store a few times, but it hasn’t been seen since December 2018.

A unique-looking skin like this is bound to make a triumphant comeback soon, but for now Hacivat sits waiting for his chance to shine again. 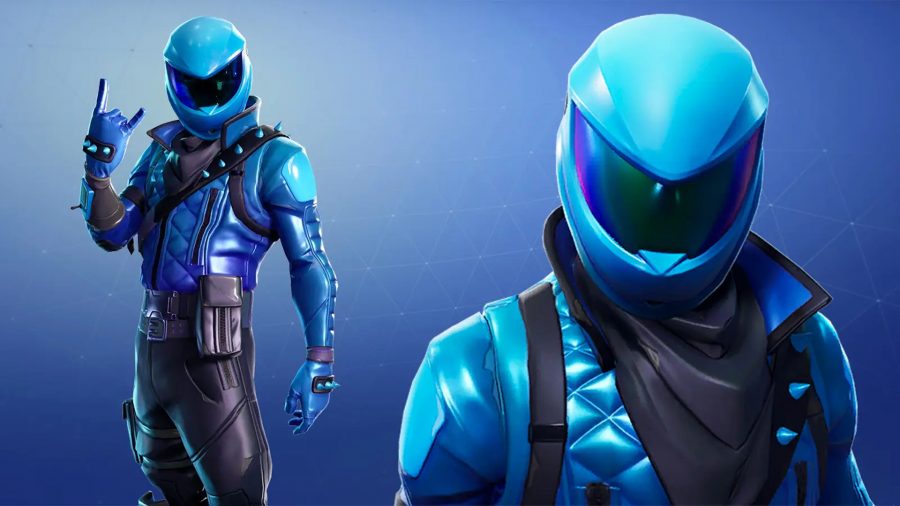 Wearing the Honor Guard skin is the Fortnite equivalent of wearing a giant Rolex watch and driving a Lamborghini. The skin is only available with the purchase of a Honor View 20 smartphone – which is still available today – but that makes this skin a $800 commitment and that is steep for an in-game cosmetic.

Read more: The best Fortnite weapons for the current chapter

If you bought the phone and own the skin, congratulations on your disposable income. The rest of us will just sit in the corner of the map and pout. 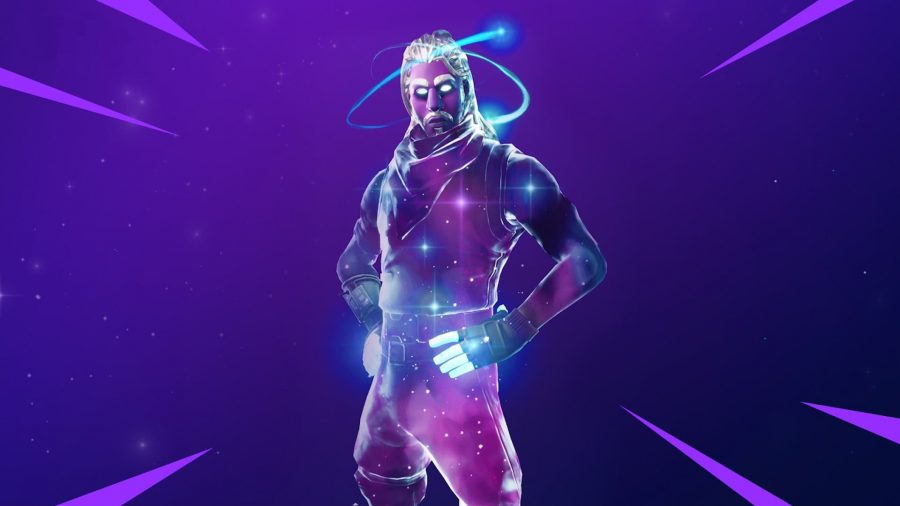 Another cell phone perk in Fortnite skin form, Galaxy here was only made available to those who purchased a Samsung Galaxy Note 9 or Galaxy Tab 4. He’s never been sold separately in the Item Shop, and he was never given out with other Galaxy phones. Oh, and he’s since been replaced with the Glow skin, meaning he could be shelved entirely from now on. 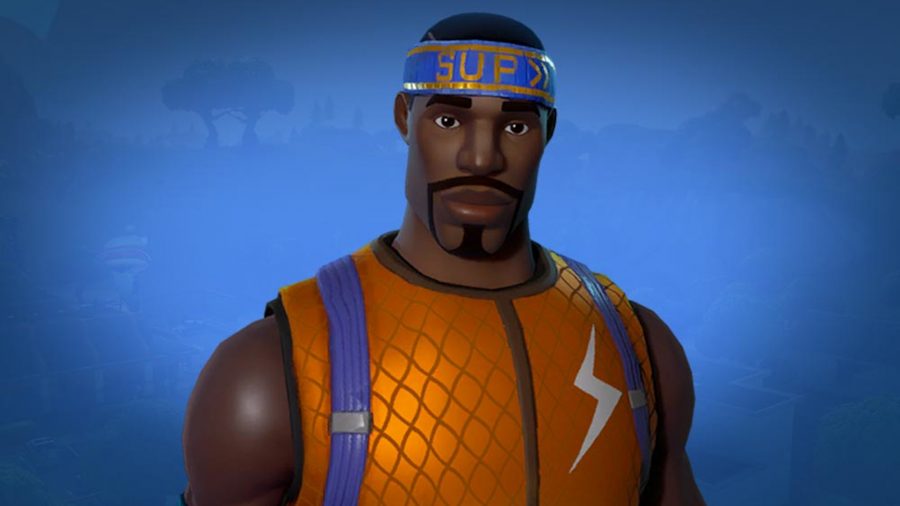 Hyperion here is another legacy Fortnite skin, first debuting during Chapter 1 Season 2. He used to be a common occurrence in the Item Shop, appearing on 17 different occasions between February 2018 and January 2019. Since then however he’s gone missing completely, a forgotten memento to the Fortnite of old.

Will we ever see Hyperion again? Seeing as it’s been over two years since his last appearance, we’re not holding our breath. 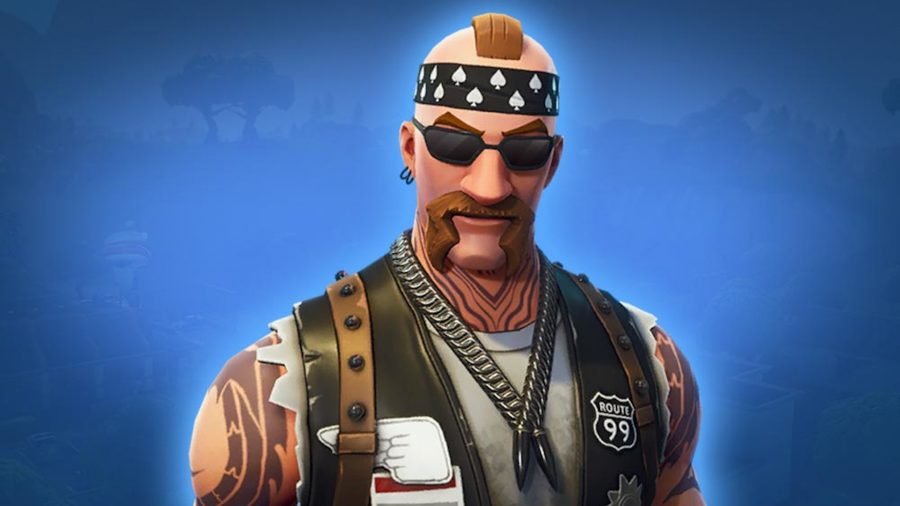 Backbone is a biker dude from Chapter 1 Season 5, partnered with a badass biker girl named Chopper. Both debuted at the end of Summer 2018, and both saw at least one appearance in the Item Shop that year. However, while Chopper has gone on to appear multiple times in the shops since then, Backbone hasn’t been seen since February 2019.

We’re fine with getting to the Chopper, but we hope Epic grows a backbone and brings this guy back as well. 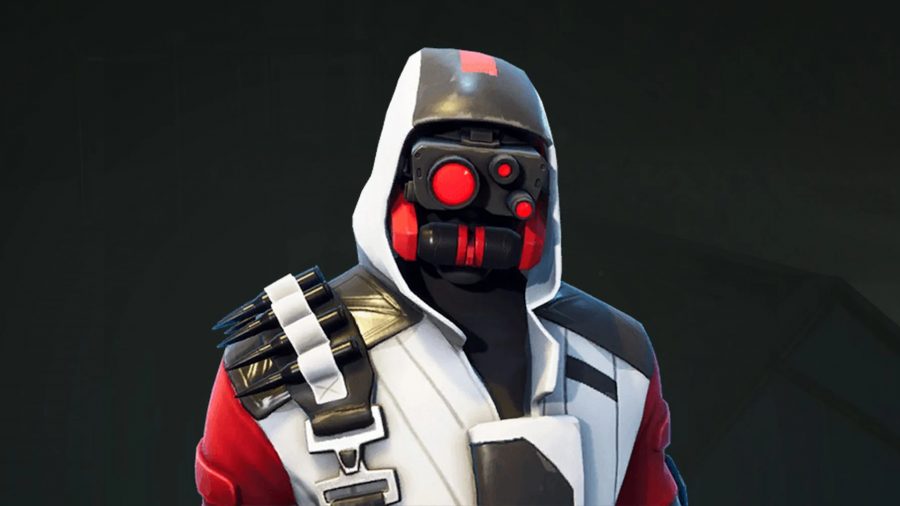 Double Helix here is another console bundle exclusive skin, appearing only in the pictured Nintendo Switch bundle back in October 2018.

There have been other bundles since then, but the Double Helix skin has been replaced by the equally frustrating to find Wildcat. 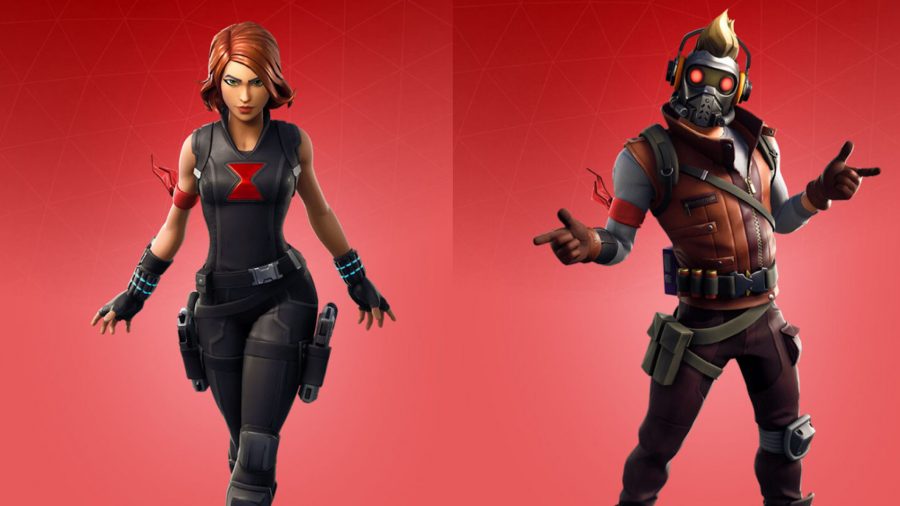 Black Widow and Star-Lord were the first two Marvel-themed skins ever to appear in Fortnite, dropping into the game around the time Avengers: Endgame released. Since then Fortnite has debuted a number of Marvel skins, including an entire Marvel-themed battle pass, and yet neither of these skins returned.

Granted Black Widow the character did appear in that battle pass with a completely different look, but the black-outfitted Widow that blazed the trail for Marvel and Fortnite’s partnership was nowhere to be found. If a full Marvel season wasn’t enough to bring these two back, we’re not sure anything will be.

And that’s it for our top ten rarest Fortnite skins. If you’ve got one (or more) of these skins then count yourself very lucky indeed. Make sure you’ve got Fortnite 2FA on too so that you can keep your account – and your skins – nice and safe.

Jason Fanelli is a freelance games journalist hailing from Philadelphia. He spends a lot of time talking about Fortnite, especially on the radio.