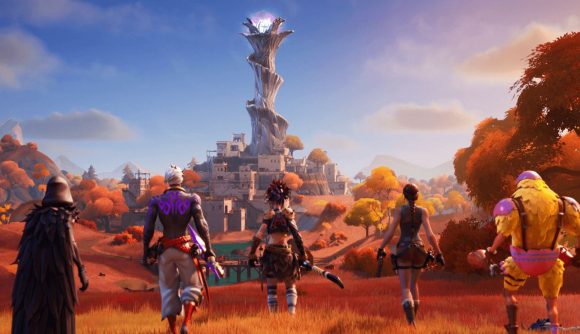 The Epic Games versus Apple trial is arguably the biggest in the gaming industry for years, but while the focus will predominantly be on these two massive corporations, another was dragged into the fold during the first day of the trial yesterday: Sony.

While Sony’s dislike of games being cross-platform with rival consoles from Microsoft or Nintendo has been well documented, Epic Games’ CEO Tim Sweeney confirms during testimony that Sony Interactive Entertainment would charge publishers compensation fees for putting cross-play into PlayStation versions of their games if it resulted in less income through PSN.

Documents showing “Cross-Platform Revenue Share” calculations had already suggested this, as reported by The Verge. However, Sweeney confirms that Epic – which had been bartering heavily with Sony to enable cross-play with the PS4, per some 2019 email exchanges – would pay compensation to Sony after finally getting full cross-play for Fortnite.

“In certain circumstances Epic will have to pay additional revenue to Sony,” says Sweeney. “If somebody were primarily playing on PlayStation, but paying on iPhone, then this might trigger compensation.”

Sweeney also confirms Sony was the only platform provider to charge this kind of compensation.

Epic CEO Tim Sweeney just confirmed that Sony is the only platform holder that requires Epic to pay compensation for crossplay. Epic had to agree to pay these additional fees to enable crossplay in Fortnite.

The documents show the extremely high ceiling of revenue share Sony expected of cross-play games to avoid forking out compensation. If the PSN revenue of a cross-play game was under 85% of the total PS4 gameplay share (or in simpler terms, the PSN playerbase) then publishers would be charged compensation.

With attitudes towards cross-play changing considerably since these documents were produced, it’s not clear if this is still Sony’s cross-play policy.