Fortnite’s first major title update of 2022 is going to be one to remember and it’s safe to say that Epic Games is already off to a great start when it comes to keeping Fortnite full of new and exciting content. Tilted Towers, the infamous POI from Fortnite’s Chapter 1 map has made a return and v19.10 is just one example of an update that has already made huge changes to the best Fortnite weapons available right now. We’re also, already, getting a few unusual additions to Fortnite Island – it seems the Flipside isn’t a stranger to the wild and wacky. Fortnite Island is now home to Klombos and the Klomberry.

According to Epic Games, there have been theories that Fortnite Island has been the home to these strange dinosaur-like creatures for quite some time – however, no one has ever been able to find them until now. When you take a moment to look at a Klombo, we’re not sure how that’s possible! These creatures are, for lack of a better word, huge. You can use the blowhole in their heads for a boost similar to a Launch Pad and it also looks like they’re going to “sneeze out items after snacking”.

For the most part, thankfully, Klombos are peaceful creatures – but if you do find yourself on the wrong end of a Klombo’s tail, Epic Games has also introduced a new healing item to Fortnite in v19.10 that you’re going to want to keep your eyes on. If you’re looking for a Klomberry for a healing boost, or if you’re on the hunt for one for a quest, we have everything you need to know about finding a Klomberry below.

How to find a klomberry in fortnite

As a food item, Klomberries aren’t going to be found in the standard loot pool like Bandages and Med Kits. If you want to get your hands on a Klomberry in Fortnite, you’re going to need to find a Klomberry Bush. We know that sounds straightforward, but they’re not as easy to spot as you might think. 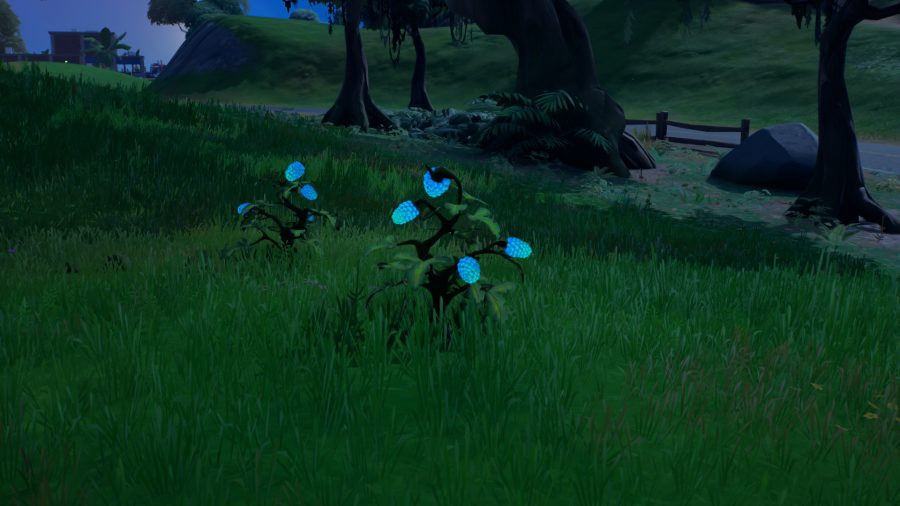 Klomberries have several uses, so it’s always going to be useful to have a few to hand in-game. If you’re low on health and shields, a Klomberry can heal you around ten health and ten shields over two seconds. This healing effect stacks up to 15 times, so scoffing a full inventory stack of Klomberries should heal you up in no time at all.

Klomberries can also be used to calm angry Klombos to increase the rate at which they spawn items. If you find yourself with an abundance of them, be sure to chuck them at the nearest Klombo for a chance at some of the better in-game loot. Klombos will eat anything, so you can still feed them with other in-game items, but they particularly love Klomberries.

That’s all there is to know about how you can find a Klomberry and what you can do with one once you’ve got it in your inventory. If you’re wondering if this is all worth it, you can check out our guide on the best Fortnite weapons for Chapter 3 Season 1 – there might be some loot worth going after. If a Klomberry is one strange item too far for you, then you can check out the best games like Fortnite to scratch that battle royale itch.