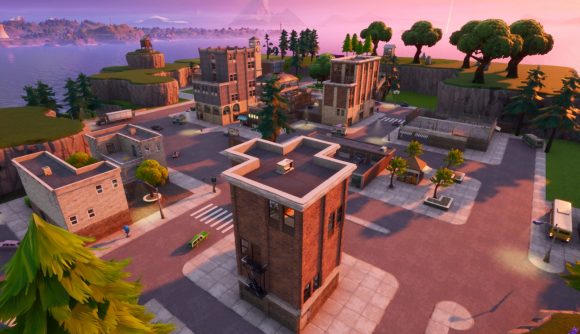 it has been a while since The Block has been on Fortnite‘s map, but Epic Games has announced its return. The Block 2.0 is back in Fortnite and this time players will have the chance to become the new architect of Tilted Towers thanks to its reintroduction.

After being destroyed, Tilted Towers, the fan-favourite location will come back, but players will first need to submit their designs for the new Tilted Towers for a chance to have it displayed on The Block 2.0 in-game during July or August. The Block will showcase three different sets of buildings, with the restaurants, the apartments, and the shops being displayed for one week each from July 21 at 5 am PT / 8 am ET / 1 pm BST / 2 pm CEST.

The builds that get chosen to be voted on are selected by the level designers and three from each building type can be shown during the twenty-day period when votes are cast by players.

The sixteen new galleries added are for props, floors, stairs, and walls, which will help you design the buildings that you can submit.

Time to rebuild Tilted, and this time you are the architect.

Design your own building to be constructed in the new Tilted Towers POI and get ready to submit your design once we open up submissions.

Tips for creating great buildings and the submission criteria for The Block 2.0 can be found on the Epic Game blog.

With Season 3 of Fortnite Chapter 3 just having launched, Tilted Towers likely won’t be seen again until the next season or towards the latter half of the current one as Epic Games finalise the design and get things just right for its reintroduction.