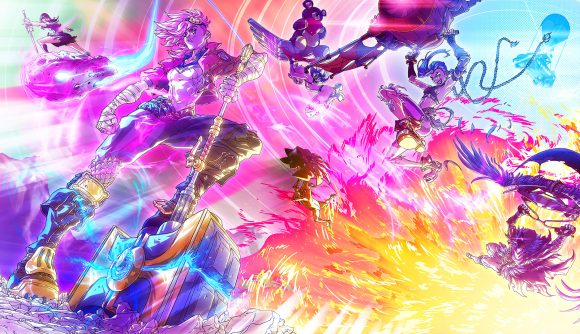 League of Legends’ Jinx showcased her proficiency with a gun throughout Arcane, and recently found a new shooting range to exercise her lethal skills in Fortnite. However, while one of the best Arcane characters has found a home in Pleasant Park, the question remains: ‘what happens if you give her sister, Vi, a gun?’ Well, Epic Games is now answering it, as Vi is set to make her way onto the island.

From January 22, at 4 PM PT / 7 PM ET, and January 23 at 12 AM GMT, players will be able to snag Arcane Vi from the Item Shop. But Vi hasn’t come without bearing gifts, with a number of Vi-themed accessories available for purchase as well. Alongside Vi’s outfit, the Memories of Zaun Back Bling (which comes with the skin), Piltover Warden Hammer Pickaxe – which she definitely didn’t steal from Jayce while her gauntlets are in for repair – and Punching Practice Emote will also be up for grabs.

Oh, and Epic is orchestrating a reunion between the two sisters, as Jinx returns to the shop. If you missed out on the Loose Cannon last time, you’ll be able to pick her up, alongside her Dream Monkey Back Blind, Pow Pow Crusher Pickaxe, and the Playground (Instrumental) Lobby Track from Arcane’s OST.

VI IS COMING TO FORTNITE

With Vi’s introduction marking the second Arcane character to hop aboard the battle bus, there could yet be further Riot Games collaborations down the line – after all, we know for a fact that Caitlyn is a cracked shot. However, Fortnite skins often come in pairs, so it makes sense for the two developers to stop here – only time will tell, though.