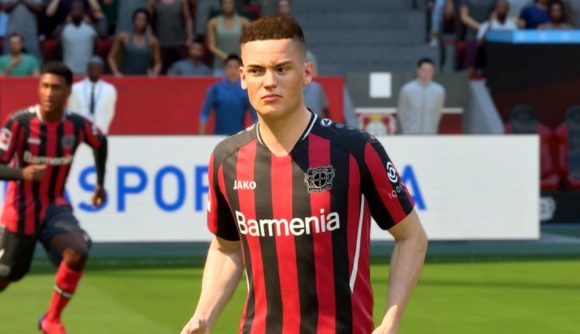 FIFA 22 isn’t getting any younger – we are ten months on from the game’s initial launch – but the game is still getting plenty of quality of life improvements despite the looming announcement of the FIFA 23 release date. In the latest FIFA 22 Title 14 Update, players are getting their hands on some attacking and defending changes, as well as a new skill move that’s designed to help fool defenders.

The Ball Roll Cut 180 can be performed by players with a four or five star skill move rating to help generate space in attack. The skill move essentially allows you to change direction quickly, dragging the ball backwards as you do so, fixing the defender in place away from you allowing your chosen player to either make a break into the box or deliver a bruising pass to your target man.

Unlike some of the other FIFA 22 skill moves, the Ball Roll Cut 180 seems fairly easy to do – you’ll just need to hold L1/LB, flick the right stick opposite to the way you’re facing, and then flick it a second time.

The patch also tweaks knuckle ball shots so that they’re more likely to happen when the ball is 0.67 metres from the players feet. EA says its goal is “to increase the shot variety seen during gameplay to bring more authenticity to the act of shooting” with this change. Similarly, low driven shots have been buffed so they’re more accurate in games now.

While these changes have come relatively late in the game, it’s clear they’ve been made to encourage free flowing football more. Whether these changes will be carried through to FIFA 23 though remains to be seen.

FIFA 22 Title Update 14 is live now on PC. The patch will come to console next week.