Only one of the 20 clubs at this year’s ePremier League Finals can claim to have a FIFA world champion in its ranks. Spurs enters this year’s competition as one of the favourites to win thanks to its fearsome duo.

Not only does it have a former ePremier League winner in Tom Leese at its disposal, but Leese is partnered with one of FIFA esports biggest names – 2017 FIFA world champion Spencer ‘Gorilla’ Ealing. Ahead of the ePL Finals, The Loadout spoke to Gorilla about the upcoming tournament, which has had a format shakeup and also returns this year as a live LAN event.

Gorilla is an iconic name in competitive FIFA, and this weekend will see him compete in the ePL Finals for a third time. But despite being a former world champion, it’s not been plain sailing for Gorilla since the pandemic forced FIFA esports events online.

Here, we discuss the importance of the ePremier League for UK players, Gorilla’s expectations for the entire season ahead, and why he’s still as determined as ever to compete, despite being one of the scene’s longest-serving players.

The Loadout: This is the fourth iteration of the ePremier League, and the third you’ve been a part of. Why is it such an important competition for players in the UK?

Gorilla: It’s the only time really when just the UK players can all meet together in one tournament, and battle to be the number one player [in the country]. Plus, you’re representing a massive Premier League club, so you have that extra connection as well – especially if it’s one you support.

What’s it like to be back at live events, and how tough was it for a veteran player like yourself to play through the online era of FIFA esports?

[Throughout the pandemic] we’ve had plenty of online tournaments, but it’s never the same. It’s hard to explain the difference – it’s something you’ve got to experience yourself. But you’ve got the added pressure of the broadcast, people watching, you’re face-to-face with your opponent – it’s the whole package that goes into a LAN event that just puts it on another level [compared to] online tournaments. I’m looking forward to the ePL Finals, it’s gonna be big.

You’re representing Spurs this year alongside Tom Leese. You both have plenty of experience, so what are your expectations for the weekend?

I'm very confident in our chances of winning

I’m very confident in our chances of winning. I’m always here to win, there’s no point turning up for any other reason. Obviously there are other teams considered favourites like Liverpool and Crystal Palace – there are admittedly some really good duos, but I really back us.

With this format, Tom plays a leg on PlayStation, I’ll play the other on Xbox, so it’ll be interesting to see how that dynamic works this year. Like if I’m 2-0 down from my leg and Tom has to play starting from behind, it’s going to be interesting. But also I’m with Tom who’s won the ePremier League before so he has that experience, and I think we’re going to be a great combination. We’ve just got to take it a game at a time, and hopefully play our best FIFA on the day.

Are you a fan of this shift towards the ePremier League being more of a team event than crowning just a single player as the winner?

Yeah definitely. This is something I’ve been asking for for a while. I think it’s the clear path forward. For the viewers it’s easier to get behind a team than individual players. For example, if me and Tom go all the way this year, it’s Spurs that won, whereas in previous years it’s just been X player. I could definitely see it continue in that direction with a proper 2v2 format in the future as well, but this is a start. 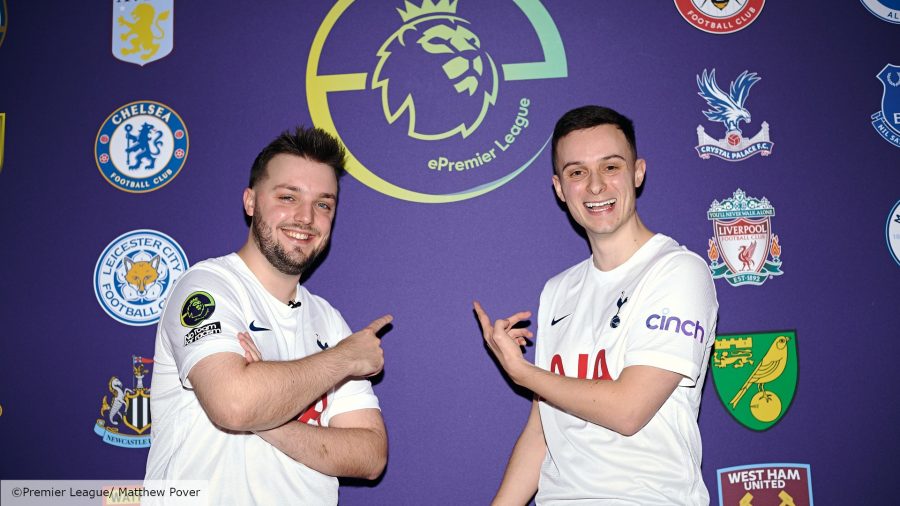 You’re someone who achieved a lot in FIFA esports before the pandemic, and made a decent amount of prize money along the way. Was it ever tempting to hang up the boots during that online period, which I know was quite tough for a lot of experienced players?

To be honest, no. I’ve only just turned 25, and that sounds old when you look around you, and realistically with competitive FIFA there probably is a lifespan – maybe like your early thirties at a push. But that’s just on paper, and it all really comes down to motivation, what EA can offer us as an esport, and several other factors that go into it.

I love competing, and that will never change

It was tough over lockdown, and I turned a bit towards content creation which went well, but I always come back to competing. It’s how I started and it’s what opened a lot of doors for me. I still feel young, regardless of the age on paper, and as long as I have the motivation [I’ll keep going].

I think having this LAN event with the ePremier League will really ignite that fire in me again – not having a LAN for two and a bit years is a long time, so I’m really looking forward to it. I love competing, and that will never change. If I ever find myself falling behind the pack I’ll reconsider things, but I’m still [at the top level] and I’m still showing up expecting to win. I don’t understand why some people will go to a tournament and not expect to win or believe it. I’m there to win – coming second is losing.

How has your FIFA 22 season gone so far, and what do you hope to achieve?

It’s been going OK I guess – I’m certainly seeing progress. The two Global Series qualifiers we’ve had so far I finished top 32, and in both [I was knocked out due to] fine margins and my own mistakes.

It’s early doors, it’s a long season still ahead, and I’m desperate to win something this year, and hopefully the ePremier League is that trophy I’m looking for. I know I can beat the best players, but it’s just about consistently doing it when it matters.

The FIFA 22 ePremier League Finals will take place this weekend, March 26-27. You can watch the action live on any of the Premier League’s social or content channels, on the EA Sports FIFA Twitch channel, or on Sky Sports and Sky Sports’ YouTube channel.