FIFA 21 Ultimate Team gives players more customization options than ever with the introduction of club nicknames. If you play FUT 21 with the commentary on, you will hear the commentary team use this nickname – or a shortened version of it – to mention your club. Most of them are pretty standard: City, Wanderers, United. Some of them are ridiculous and brilliant.

In FIFA 21 Ultimate Team, you can unlock the club nickname customisation option by completing 20 matches in any FUT game mode. You’ll be given three nicknames to choose from to start with.

Set your nickname in the newly revamped stadium menu. If you don’t like the nickname you packed, then you can head to the FUT transfer market to buy a new one. Some are rarer than others, however, and sell for top dollar (5,000 coins) when listed. To add a little extra frustration, EA hasn’t made the club items searchable, unlike players or kits, so you’ll have to rifle through the pages to find your perfect nickname.

You may consider these cards pack ‘fodder’, as most players will choose a nickname for their club and leave that option for the rest of the year, with others being discarded and blamed for taking up valuable pack space. Pulling one of the best FUT 21 nicknames might change that, however…

EA should give the development team that came up with these a raise. Oh, and Derek Rae too because there’s no way he recorded all of these with a straight face.

Getting beaten by a team called the Old Lady is the ultimate disrespect. It even brings a new level to “my gran could beat you at FIFA.”

The Old Lady nickname actually refers to Juventus FC. Juventus in latin means youth, and the ironic nickname was given to Juve – or Piemonte Calcio as they are known in FIFA 21 – in the 1930s.

A tribute to everyone’s favourite man down on the sidelines, the injury updates from Geoff Shreeves. He lets us know when our opponents have battered our strikers, leaving the commentary team to reply “cheers Geoff”.

A FIFA legend over the years, Shreeves has certainly earned his card in FIFA 21. 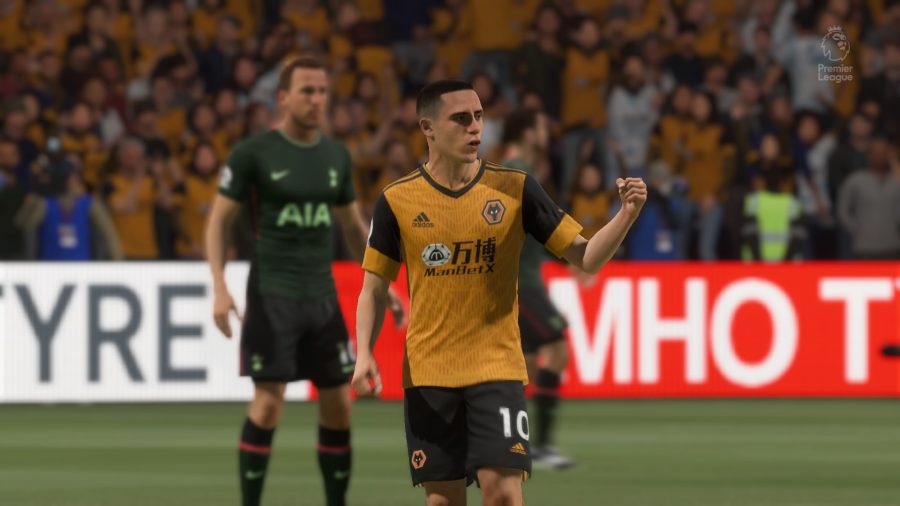 Fans of The Inbetweeners will remember the episode where Jay was getting roasted by Simon and Neil for knowing someone from football and the term ‘football friend’ was born.

We all had trials at a pro club back in the day, Jay, don’t worry.

The Absolute Mad Lads. The fearless risk-takers, the definitions of YOLO, but sometimes lacking common sense.

In FUT 21? Those that play Weekend League without a backline made up of Mendy, Varane, Gomez, and Semedo. Brave? Mad? Cringe? You can decide with this FUT nickname.

The Biggest Snakes around are the sweaty goal-scoring, drop back AI-defending players who rinse the FIFA 21 meta for everything it’s worth. They’ll ball roll you into oblivion, cut it back past the keeper and tap it in, then make you watch a long celebration.

If you prefer playing physical football to knock pacey players off their stride, perhaps you need to be known as Beast FC. There’s nothing more satisfying than an opposition defender bouncing off your striker and putting a powerful strike in the top bin,

Want to ruin someone’s weekend? You need to play with the Dream Destroyers.

We’ve definitely been beaten with this one (including sitting through the last-minute winner celebration on next-gen consoles) to miss out on Gold 2 in Weekend League.

Replace Derek Rae with Alan Partridge, and you get Liquid Football. This reference will go well over some FIFA player’s heads, but for the older players in the community, this is right up their street. Check out Partridge’s football commentary on YouTube.

A Partridge commentary DLC pack would be brilliant and not unheard of with EA titles; Snoop Dog was a guest commentator in NHL 20. Eat my goal! 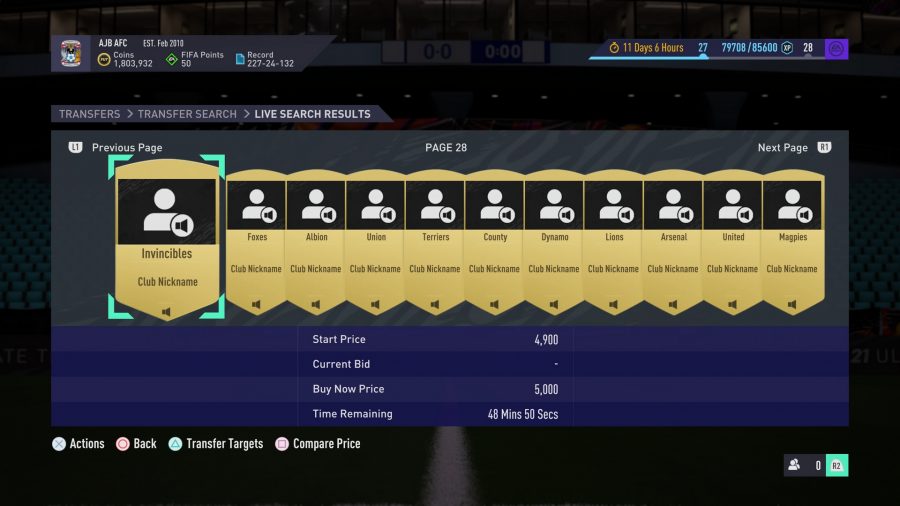 A brave choice if you go for this FIFA 21 nickname. In fact, this card should only be available for Anders Vejrgang, who recently went 300-0 in Weekend League.

The Invincibles is a reference to the Arsenal side of the 2003-2004 season, who were undefeated in the Premier League all season on a run of 49 games. All before Anders Vejrgang was born…

On for the slow boys, straight out of the funniest fantasy football team names pile. We appreciate the anti-meta jibe, as we all like to keep a few snails in our squad for balance.