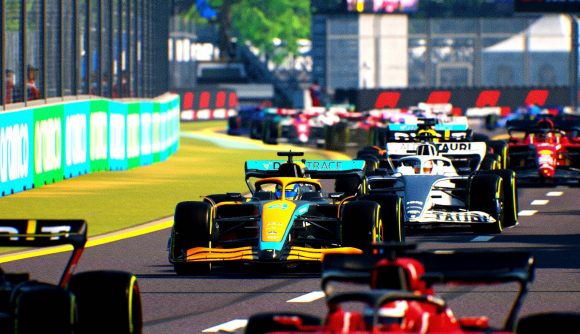 Frontier Developments’ F1 Manager 2022 is challenging players to step into the shoes of a Formula One Team Principal – a role that’s going to require a lot of work both off and on the track. This isn’t the first Formula One management sim ever, but it’s the first one in quite a while and players used to other sports management sims like Football Manager might think they know what to expect from this new release. Well, that’s not entirely true. While there is the option to simulate and fast-forward races in F1 Manager 2022, players are going to want to spend a lot of their time watching the races in real time – and this has actually surprised the developers.

Speaking to The Loadout, F1 Manager 2022 game director Andy Fletcher expressed that the development team thought a lot of players would experience most of the game’s races in the increased-speed “map view” – a perspective that shows the track layout, all driver positions, and important data all on one screen. However, Fletcher and the Frontier Developments team have been somewhat “surprised with how much you play the game in broadcast view at one-times speed.”

“ You’re always going back to one-times speed because there’s so much to do moment to moment,” Fletcher explains. “ That’s been really satisfying to see, that engagement with the moment to moment management”.

We understand that F1 Manager 2022 is authentically unpredictable, but the one thing that caught a lot of Formula One fans off guard when Frontier Developments shared initial gameplay footage was just how good it looked graphically. Asking Fletcher about this aspect of the F1 Manager 2022 gameplay experience, he said the following:

“ It’s core to it, because we want that as the payoff really – you know? It’s part of the excitement of watching the sport, and we wanted to emulate that.” 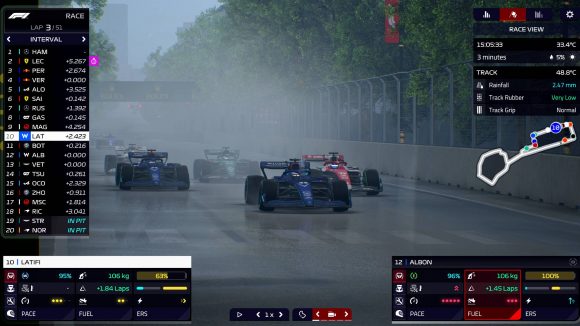 Expanding on this, Fletcher expressed that this isn’t just because they were making a Formula One game – it’s something that’s also core to Frontier Developments ethos.

“ I think in all our management games, we’ve got to try to have that element of spectacle and payoff – coaster parks that are beyond belief and escaped dinosaurs, all this kind of thing. It’s not about the numbers and the data of the simulation, it’s about how that manifests into something exciting.”

Relating this back to F1, Fletcher explained that “you can develop a rear wing that the numbers say is going to give you a cool DRS delta boost, but you want to see it overtaking your nearest rival on the main straight. It’s about that payoff.” 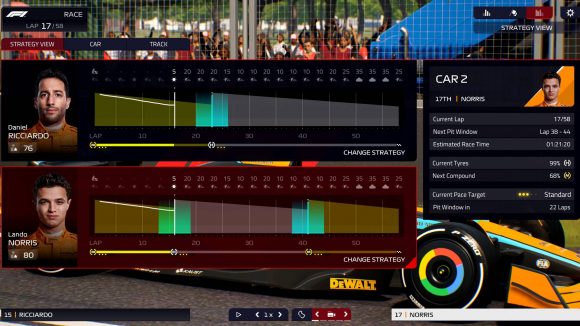 With intense moment to moment micromanagement just as important to your team’s success in F1 Manager 2022 as research, development, and race strategy, it’s clear that Frontier Developments’ plan was always to try and match the game’s graphical fidelity with the detail of the gameplay. However, with your average full-length Formula One race lasting up to two hours, the surprise that players would want to sit through that is understandable. Although, with a game that looks this good, why wouldn’t you?

If this doesn’t get you excited for the F1 Manager 2022 release date, perhaps the fact that F1 Manager 2022 will use real race day audio from Formula One teams will. This is going to be one of the most authentic sports management sims out there and we can’t wait. Also, be sure to keep an eye on The Loadout for a full run-through of our interview with F1 Manager 2022 game director Andy Fletcher soon.