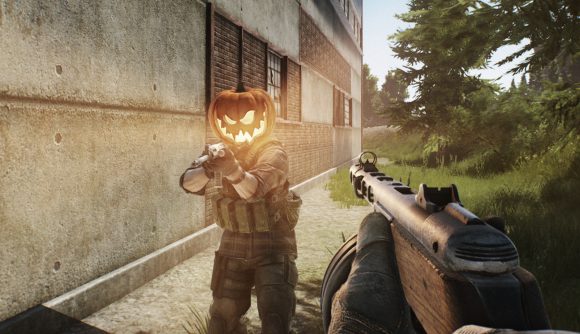 The preliminary patch notes for Escape From Tarkov’s upcoming patch, which adds new playable areas to Customs, more quests, and a tricky new scav boss to the game, are finally here. Update 0.12.7 will bring some of the biggest changes to the game so far, and the details already have players excited.

The extension to Customs, which was revealed at the PC Gaming Show last month, is by far the biggest talking point of the notes, and will increase the map size by around 30 percent. The area around construction will be opened up, and some of the map’s previously inaccessible buildings will be unlocked for intrepid explorers. Reshala, Custom’s scary scav boss, will also get a few new spawns.

Shoreline is also getting a Scav boss. Sanitar, a former doctor, should be quite tricky to beat since he can heal himself and his bodyguards on the move. Hell, he can even remove bullets mid-fight, so you’re going to need to have your wits about you when you choose to engage him.

More terrifyingly, scavs are also getting an overhaul in the patch. Once the update goes live, the AI will be able to pick up items and weapons from dead bodies, scout out – and greet – fellow scavs, and sprint towards danger. They can also clock player activity and aggressively push you as a group if the opportunity arises too. This is, of course, a move by Battlestate Games to bring scav behaviour more in line with that of its players and add yet more realism to the grisly shooter.

If all of the above isn’t enough, there are plans to introduce the FN GL40 grenade launcher and the Mossberg 590A1 shotgun to the game, alongside several new ammo types and stimulants. Parts of the skill system are even getting an overhaul.

The release date for patch 0.12.7 has yet to be announced, but while you wait, you can dig into the lengthy patch notes here.