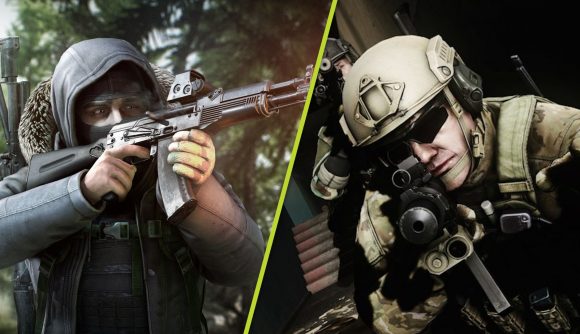 If you’ve ever tried firing a gun with your weaker hand, you’ll know how difficult it is. While there are some who walk among us who can do things with both hands – they’re show offs, really – there are many left-handers who walk this earth looking for a bit of representation in games, including in Escape From Tarkov.

At the moment, all PMCs and Scavs in Battlestate Games’ gritty looter shooter are right-handed. While that’s not necessarily a problem (especially in a game that offers unrivalled gunplay in the competitive FPS game market), there are some in the community who wish to see the southpaws recognised – arguing that it would actually help with the tactical elements of the game.

This is something Redditor ‘BreadGoneBad’ argues anyway, noting that for duos especially, having one PMC who’s left-handed and one that’s right-handed will help control areas in high-stake situations. “I play a lot of duos,” they say in the post, which you can read here. “My buddy is right-handed and we naturally flow with the handedness we have. I follow left wall because my brain thinks my gunstock is on my left shoulder… so I cover the right side of the corridor.”

Of course, at the moment, with all PMCs being right-handed, you don’t quite have the same advantage when you’re following the left wall. By having the option to pick which is your dominate hand – or having the option to switch shoulders – you’re giving players more options in how they appreciate each situation tactically.

BreadGoneBad also puts forward a theory for why “lefties exist” arguing that enemies don’t expect to see a southpaw fight style. We’re not sure how accurate this is, but it’s food for thought – especially for a game that strives for realism.

It is something Battlestate Games’ Nikita Buyanov has considered before though. Back in 2018 in a Q&A, the COO said there is a “slight possibility” of including left-handed operators, but it might cause some problems internally as the team would need to redo “all animations” specifically for them.

In other words, it’s a lot of work for the development team, especially when the team’s main focus is on getting Streets of Tarkov ready. Who knows though, maybe in the future we’ll see the option to go southpaw.