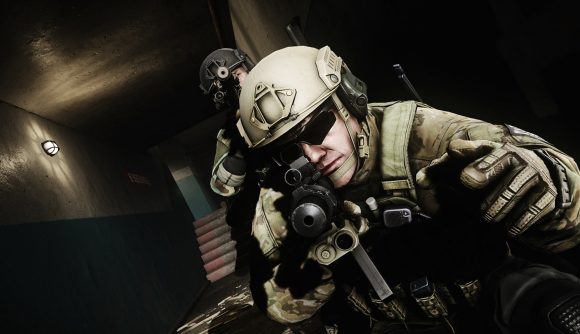 There's a golden rule in Escape From Tarkov and that's don't get too attached to your characters. Fans of the game will know it's easy to lose everything in a blink of an eye in Battlestate Games' hardcore first-person shooter, but this time it's different: the game's first global wipe since April 2019 is here.

Thanks to a pretty hefty update today (May 28), which Battlestate hinted at last month, everyone's characters have been reset. That means every player will start from scratch in patch 0.12.6.7456 – you won't have the weapons, cash, and gear you've been hoarding anymore. All your skills and trader reputation have been reset too. But don't worry, your saved weapon presets and examined items will not be affected.

Alongside the wipe, Battlestate has made a number of changes to the way the fleamarket works, including adding a Captcha to prevent suspicious trades. These captchas will block traders from accessing the fleamarket for five minutes at a time if they're entered incorrectly three times. You won't be able to trade items that weren't found in raid anymore either.

There’s also new cosmetics, gear, and weapon attachments like all good Tarkov updates, as well as various optimisations and bug fixes. You can catch up on all the changes here.

So if you’re looking to get into a new game, there’s never been a better time to get into Escape From Tarkov. It’s not easy to master, but stick with it and you’ll soon reap the rewards – even if some of Jaeger’s missions are ridiculous.