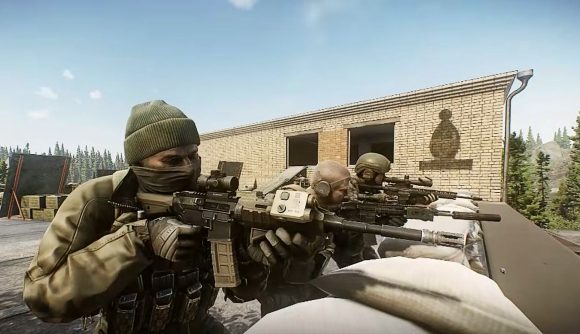 Escape From Tarkov’s full server wipe has been on the horizon for a while now, but it looks like it’ll be here sooner rather than later. Battlestate Games lead developer Nikita Buyanov says the full wipe will be coming with patch 12.6 that could drop as early as mid-May.

“Somebody stated that it’ll be months after 12.5 but that’s not true,” Buyanov tells Twitch streamer Pestily, via Dexerto. “It’s ready and right now it’s in primary test. It [the wipe] will not be months for sure, it’ll be less than months. We have a freeze principle every month at approximately the same date, we freeze the core – nothing will be added in the branch of the current patch. We froze this and we have started the preparations of releasing this patch. Right now 12.7 is already being developed.”

It was previously thought that the game’s wipe would be coming in June, but given 12.6 is already being tested, we might well see it happen in the next few weeks.

Aside from the wipe, Buyanov also confirmed that we’ll see a whole host of new content drop with the update. Players will be given more space in their stash, and we’ll see “significant changes” to player hideouts. Of course, a number of weapons are set to be buffed and nerfed, too.

But by far the biggest change to the game is the addition of test servers. Battlestate Games is going to open an opt-in scheme for dedicated players to help them test and shape the future of the game.

For now though, professional pillagers can enjoy update 12.5 and get some big scores in before the next big Escape From Tarkov wipe lands.