FromSoftware certainly knows how to make a killer katana, and Elden Ring is full of top-tier blades. While many players have already fulfilled their magic samurai fantasy with the Moonveil, there is one other katana which is currently being used to devastate the Elden Ring bosses – Rivers of Blood. Indeed, you will definitely want to get down to the Elden Ring Rivers of Blood location and snap up this blood red sword before the developers inevitably hit it with nerfs.

As one of the top weapons on our Elden Ring weapon tier list, Rivers of Blood absolutely eviscerates targets in both PvE and PvP. This is thanks to its unique Ash of War – Corpse Piler – which forms a blade of cursed blood which quickly slashes away at enemies. As its name implies, Rivers of Blood is great for applying the incredibly potent bleed effect.

The Elden Ring Rivers of Blood location can’t be reached until later in the game, and there appears to be an unfortunate interaction in the game currently whereby the NPC you need to kill to acquire it won’t spawn if you have defeated a certain enemy in the area. To find out more, read on, but beware as there will be light spoilers ahead.

The Rivers of Blood katana is awarded to you after defeating Bloody Finger Okina in the Mountaintops of the Giants. First of all, head to the Church of Repose, which is over in the eastern part of the area. Just outside of the church you will be invaded by Bloody Finger Okina. Kill him, and he’ll drop the katana.

However, it is important to note that, should you defeat the Fire Giant before attempting to get the katana, Bloody Finger Okina will not spawn. Whether or not this is an intended interaction or a bug is currently unclear. 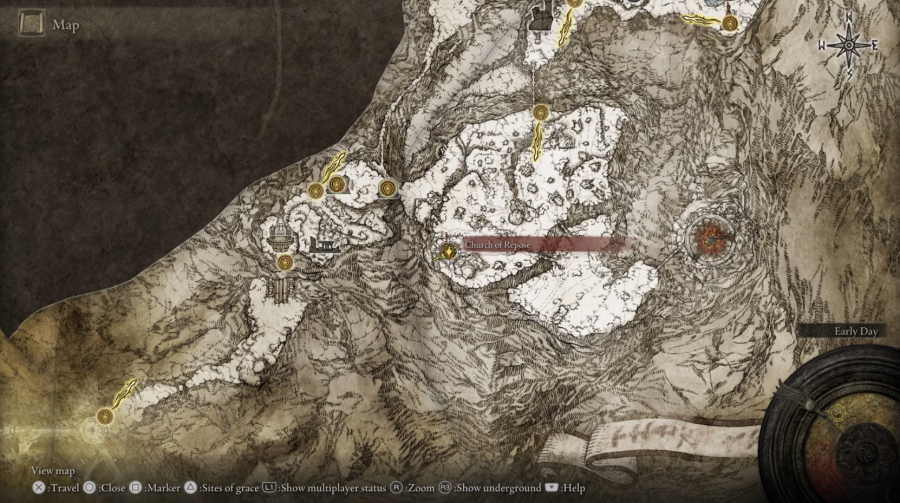 Now you have your shiny new katana, you’ll be well-equipped to cleave through what’s left on the Elden Ring boss list.