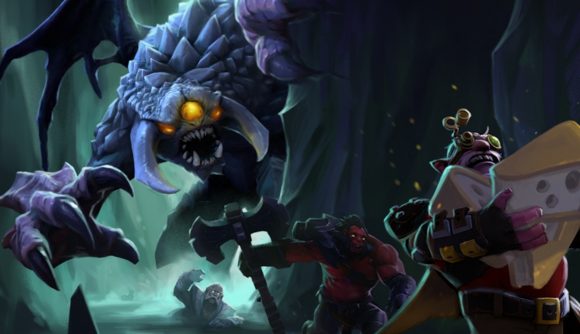 Valve has announced it will extend the sale of the Dota 2 Battle Pass level bundle for another three days after the item caused The International prize pool to surge by $8 million in a single week. The bundle will now be available until July 2.

The level bundle, which offers fans a 75% discount, gives fans 120 levels of the battle pass, nine Immortal Treasure I items, six Immortal Treasure II items, and three Immortal III items for $29.99. Since the bundle has proved to be so popular, Valve has given into player demand and extended the bundle purchase date by a couple of days.

There might be more behind the decision to extend the bundle date than sheer demand, though. 25% of all battle pass-related purchases go towards The International 10’s prize pool, and stats show it’s grown by $8 million in the last few days, bringing the grand total to $24 million.

While it’s clear that the $8 million isn’t just down to bundle sales, it has played a big role. Players are limited to just two per person since it allows them to skip 240 levels with very little effort.

Due to requests of many players and given the timing of the sale, we will extend the duration of the Battle Level Bundle until July 2nd.

The International 10 prize pool currently stands at $24,027,222, which is about $6 million more than this time last year. Since TI10 has been postponed – possibly even to 2021 – it’s looking likely that the tournament is going to break its own record for the biggest prize pool in esports.