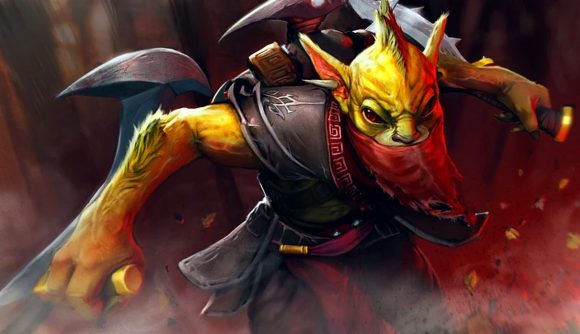 Matchmaking in multiplayer games is always a contentious topic, and is a side of competitive games where it’s usually impossible to make everyone happy. There have recently been some tweaks to Dota 2’s matchmaking in order to improve the quality of matches, but some players are reporting horrendous queue times, especially when stacking. A Valve dev has now taken to social media to explain exactly what’s changed and why players might be experiencing these lengthy waits to get into matches.

In response to a Reddit post bemoaning a 99-minute wait for a game of Dota 2, veteran Valve software engineer Jeff Hill apologises for the players’ experience, but also provides the community with some insights as to why this is happening and reveals some extra changes were made in a recent update.

Hill explains that alongside Valve’s change to allow five-stacks to surrender matches in early July, two other “long-desired” tweaks were made to matchmaking. The first is that the matchmaker now considers the minimum wait time of a player or lobby to avoid them being thrown into low-quality games too quickly. The second is the addition of a “hard limit” on the quality of matches, which will immediately disregard any matches the matchmaker deems to be too low on Valve’s “badness” scale.

While this should improve the quality of matches you’ll be placed in, the trade off is that some will experience longer wait times now that the bar for quality has been raised.

In the case of the player that was waiting for over an hour and a half, Hill says that a combination of “a very high ranked duo stack, searching on a lower population server, in unranked” lead to the long wait time.

You can find Hill’s full explainer below.

While there are some frustrations around this, a lot of anecdotal evidence in response to the post suggests that Valve’s matchmaking tweaks are improving the Dota 2 experience, with players reporting significant strings of good quality matches.