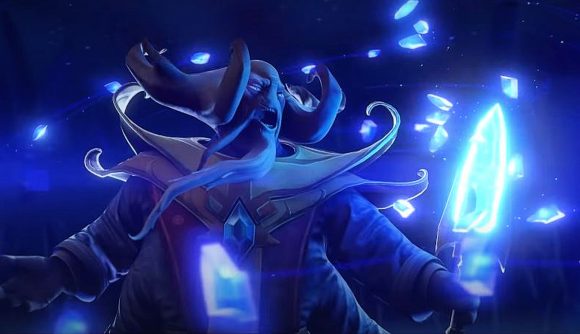 Ever since The International 10 was postponed, Dota 2 fans have become increasingly worried about the lack of communication from Valve over the game’s competitive scene and future updates. However, Valve has now broken that silence and given us a glimmer of hope for new content coming later this year.

According to the developer, a new hero is in the works, but we won’t get to see them until the end of November at the earliest. While this is still quite a while to wait for fans desperate for new content and a new Dota 2 ranked meta, more content is on the way.

“We are currently aiming for end of November for a new hero release, followed by more that are spread throughout next year with the next one in the first quarter next year,” Valve says in its latest blog. “Recently we’ve been thinking about trying an overall development approach of spreading out updates during the year, rather than only having most content and updates centered around The International. We are hoping a steady state of content will prove to be more engaging to users than the previous approaches.”

This means fans can expect a slew of content throughout the year, rather than relying on the battle pass and the Fall Season update to get hyped about the game again.

In addition to the changes to content drops, Valve says it is also looking to tackle toxicity in games. Over the last couple of months, it has made improvements to “smurf detection systems,” separating new accounts from playing with normal and new players a result. This new system also associates smurf accounts with behavior score of their alternate accounts – preventing players from hopping to one account to another to escape a ban.

It is also working on a Counter-Strike: Global Offensive-style Overwatch system apparently, that will help the Dota 2 community self regulate. While that’s being set up though, Valve has taken time to ban 14,000 boosters in the last 30 days.

Valve might have been a tad too quiet in recent months, but it’s been working on some cool stuff. Whether its listening to the community on Dota 2 MMR resets or tweaking its content drop cadence, the developer sure is putting in a shift.