Team Liquid is one of the most accomplished Dota 2 teams of all time. Since Kuro ‘KuroKy’ Takhasomi and Ivan ‘MinD_ContRoL’ Ivanov joined in late 2015, the team won The International in 2017 and placed Top 4 in the last two editions, racking up some $22 million in prize winnings over the last four years.

But the Team Liquid playing Dota 2 today is not that same Team Liquid. KuroKy and co. departed in September to form their own organisation (still to be announced), leaving Liquid in search of a new team that could carry on the torch. Liquid believes that it has found that roster in the former Alliance squad, which left that organisation following a 13th-16th place finish at The International 2019.

“After TI, we decided that we wanted to try something new with our lives. We’ve kinda been the same team for some period of time,” captain Aydin ‘iNSaNiA’ Sarkohi told The Loadout at this past weekend’s ESL One Hamburg. “Over time, you spend so much time together on the road, and you kind of get tired of doing the same thing over and over and over again. We wanted something fresh, something new, so we decided we wanted to move on from Alliance.”

Alliance is also a legendary name in Dota 2, with a past The International title to its own name from an earlier roster – but signing with one of the most successful esports teams in the world wasn’t a difficult decision for iNSaNiA. “They seemed super excited about working with us,” he says, “and for me personally, Team Liquid has always been a brand and a team – the old roster were people I looked up to. So it was an easy ‘yes’ from our side.”

Playing for Alliance came with expectations, but its Dota 2 dominance lies further in the past. Team Liquid had been a consistent heavyweight in the esport up until the previous roster’s departure last month, and iNSaNiA knows that they have a lot to live up to.

All these tournaments that you lose, help you grow

“There’s always a bit of pressure that goes with it. I’d be lying to myself if I said otherwise. I love the organisation, prior to joining it too. I want to make them proud and give them the results they deserve,” he says. “But from the organisational side, they’ve been nothing but understanding. I totally understand why they’ve been so successful, because the people working there have showed us nothing but professionalism, and they totally understand the process. It’s an amazing feeling.”

It’s only been a few weeks, but the new Team Liquid roster hasn’t come flying out of the gate. A fourth-place finish (out of six teams) at DreamLeague Season 12 was followed by this weekend’s last-place finish at ESL One Hamburg. iNSaNiA suggests that they’ve been rusty coming out of the post-TI break, and that getting back into prime form has been a slower process than anticipated.

“When we got [to DreamLeague], we realised pretty quickly that a lot of the stuff we thought we were doing fine with were big issues. Coming into ESL, we kind of knew this was going to be a test run to test stuff out and try to learn from it,” says iNSaNiA. “Ultimately, we’re still disappointed with our result – this is not what we expected, even with the shape that we knew we were in. But we’ve learned a lot, and I think moving forward, I’m glad that we came here and lost in the way we did. It shows you where your weaknesses are. If you can get yourself together, it really helps you grow.”

Related:  Get to grips with Dota 2 cheats

iNSaNiA points to individual skill as the team’s biggest weakness right now, across the board, but says that lacking coordination and team play elements have also led to mistakes. Luckily, they have a few weeks to try and sort things out before next month’s MDL Chengdu Major, the first Major of the 2019-20 Dota Pro Circuit schedule with $1 million and 15,000 DPC points up for grabs.

They’ll bootcamp at Team Liquid’s Utrecht, Netherlands headquarters and attempt to get ready for their first Major under the Liquid banner. “I think everyone’s motivated to really play and grind it out,” says iNSaNiA, “because we need a lot of grinding right now.”

Focus on the journey

Following their DreamLeague exit, iNSaNiA tweeted the phrase, “Journey before destination.” It’s not difficult to interpret, but for iNSaNiA, the phrase has a very specific meaning. It comes from the fantasy novel “The Way of Kings” by Brandon Sanderson, and iNSaNiA says that it reminds him to focus on the process of growth, rather than the eventual desired result.

“My entire team, from back in Alliance when we started off – the idea was always to make a team that is going to grow into something amazing,” he says. “I knew going into it: We’re not KuroKy, we’re not GH, and we’re not Miracle-, but I believe that we can become them. And that’s the goal.

“The goal is not to be the best team in the world right now—the goal is to be better tomorrow than we are today and to keep on doing that. All these tournaments that you lose, they help you grow. For me, at least, that’s how I interpret that.” 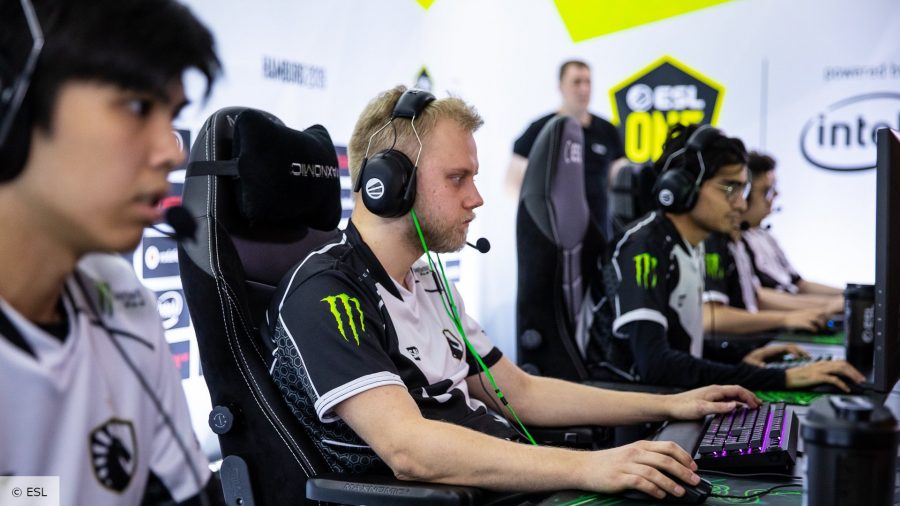 As team captain, iNSaNiA sits at the helm of that growth process, and says he has a good lock on how to navigate that challenging task. He mentions that they’ve had big talks following their losses at DreamLeague and ESL One Hamburg, and that motivators vary by individual. Sometimes it takes a subtle touch, a direct nudge, or just a bit of time. “I think a lot of it comes from understanding who the people on your team are, and how to best enable them to be the best versions of themselves,” he says.

Even amid these initial struggles, iNSaNiA hasn’t lost his confidence in the ultimate potential of this new Team Liquid squad. He believed it back on Alliance, and he still believes it now. It’s all about “Journey before destination.” Even so, he has a rather nice destination in mind.

Andrew is a freelance writer who has covered games, esports, gadgets, Rocket League, and plenty more. His work has been featured in The Esports Observer, Polygon, OEM, Edge, and Red Bull Esports.