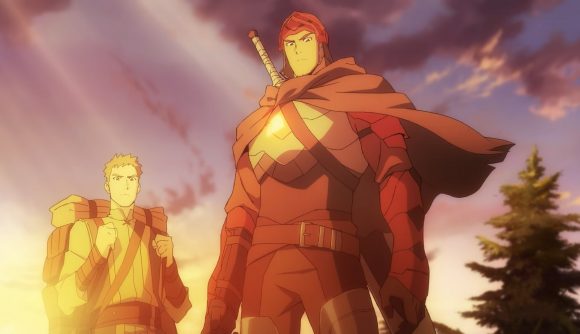 Valve has announced that its hit MOBA game, Dota 2, will be getting its own anime titled Dota: Dragon’s Blood. The eight-episode series, which is to be published in conjunction with streaming giant Netflix, is due to air on March 25.

In Netflix’s own announcement, showrunner and executive producer Ashley Edward Miller states that “fans will love how we’ve imagined the Dota 2 universe and woven together an epic, emotional, and adult-oriented story about some of their favourite characters.”

The series is set to follow Davion, “a renowned Dragon Knight devoted to wiping the scourge from the face of the world. Following encounters with a powerful, ancient eldwurm, as well as the noble Princess Mirana on a secret mission of her own, Davion becomes embroiled in events much larger than he could have ever imagined.”

Miller further states that “the cinematic animation, acting, and music are simply next level, and I’m grateful to Valve for supporting our creative ambitions.” Considering that the studio in charge of animating Dragon’s Blood is Studio MIR – known best for its work on The Legend of Korra and Voltron: Legendary Defender – we’re not going to qualm that statement.

Here's a little love from us, to you. Yes, you. You know who you are. pic.twitter.com/AGlnOi3NIf

Dragon’s Blood will join the roster of other video game anime adaptations Netflix has put out in recent years, including Dragon’s Dogma and Castlevania. Netflix is also set to release Cyberpunk: Edgerunners – the brainchild of CD Projekt Red and Studio Trigger – next year.

With rival MOBA game League of Legends also set to release its own animated series, Arcane, this year, it’s a great time to be a fan of the genre.