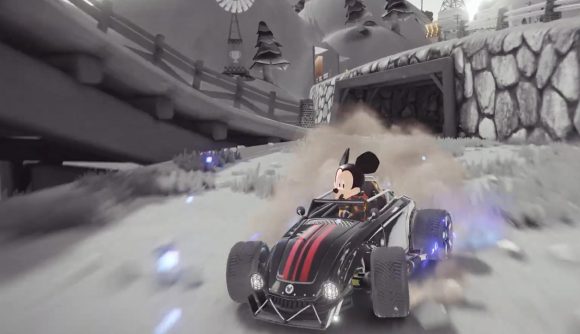 Disney Speedstorm, Gameloft’s upcoming free-to-play racing game for Nintendo Switch, PlayStation 5 and Xbox Series X|S, is getting a brand new track that looks to bring the old-timey black and white nostalgia of early Mickey Mouse cartoons to the racecourse.

It’s a stylish retro nod that’s going to have a small section of Cuphead fans stepping forward here to claim influence points, and older gamers are going to fall over themselves stating that Mickey Mania did it first, but we have to give the influence crown to the game that did it best: Kingdom Hearts 2.

Released back in 2005 in Japan, and a few months later in the US, Kingdom Hearts 2 featured a remarkably memorable section called the Timeless River, which saw Sora, Donald, and Goofy, travelling back to an early time to confront vintage versions of King Mickey and Pete, and the sight of this stage is going to bring all fans of the series screeching right back to those halcyon days.

Disney Speedstorm is already reaching across all facets of the Disney canon, pulling in characters from the animated movies such as Mulan and Belle, as well as old standards like Donald Duck and Mickey Mouse, and even live-action movie icons like Captain Jack Sparrow. The question is: will Kingdom Hearts’ Sora be joining them? 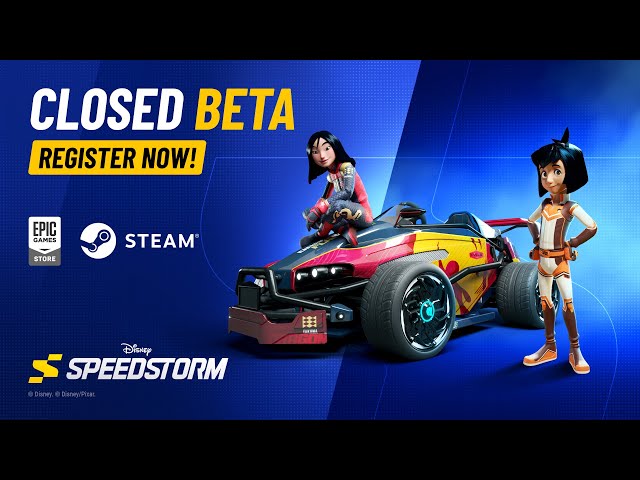 The answer is a firm ‘not likely’. While the cross-section between all the announced characters, aside from Mowgli and Baloo, is that they’ve all seen time in Kingdom Hearts, unfortunately in terms of licensing there has been no indication that Disney intends to pull names from anywhere outside its own roster. Given that Sora is a Square Enix character, that means we’re not likely to see him anytime before Kingdom Hearts 4 launches.

The news of the trailer is that PC players are getting access to a closed beta for Disney Speedstorm via Epic Games Store, giving players a chance to check the racer out before it hits consoles. However, given how Sora dominated the online conversation of other games like Super Smash Bros. Ultimate despite having only the most tangential connection to that series, don’t be surprised if every time we hear or see anything vaguely reminiscent of Kingdom Hearts in Disney Speedstorm we’re going to be thinking about a potential crossover.

In the meantime, gamers looking for free games to get their fix on consoles can check our best free PS5 games list and our best free Xbox games list for our recommendations. Who knows, maybe we’ll see Disney Speedstorm join the rankings someday – perhaps if it adds a reference to the truest silver screen video game homage: Epic Mickey.