Destroy All Humans 2 Reprobed has been revealed and appears to be a faithful remake of the second entry in the beloved franchise. Black Forest Games, the studio behind the first game’s remake, is once again behind this modernisation of the classic series for contemporary platforms.

This will be the first Destroy All Humans game to hit next-gen platforms and will most likely come with all the upgrades and features you would expect from a new-gen game. Although details are light right now we do have some information about the remake of the beloved game.

As of right now, Destroy All Humans 2 Reprobed doesn’t have a release date.

The CGI trailer for the game which has been released didn’t feature any release date or window, so it is safe to assume that the game will arrive in 2022 or later.

The first remake of Destroy All Humans was released back in July 2020. But, given that this sequel mostly uses the same assets and features it could arrive next year.

The Destroy All Humans 2 Reprobed platforms include PS5, Xbox Series X|S, and PC.

The game will not be launching on PS4 or Xbox One as Black Forest Games are creating bigger and better-looking worlds for the remade sequel and they didn’t want to compromise on older consoles, according to The Escapist.

Destroy All Humans 2 Reprobed gameplay has been showcased in the gameplay trailer for the game, which shows entirely new environments. However, for the most part, the game looks quite similar to the first remake when it comes to action.

The game will feature full two-player co-op for the entire campaign and the world is more open than the first remake. You can watch the gameplay trailer below: 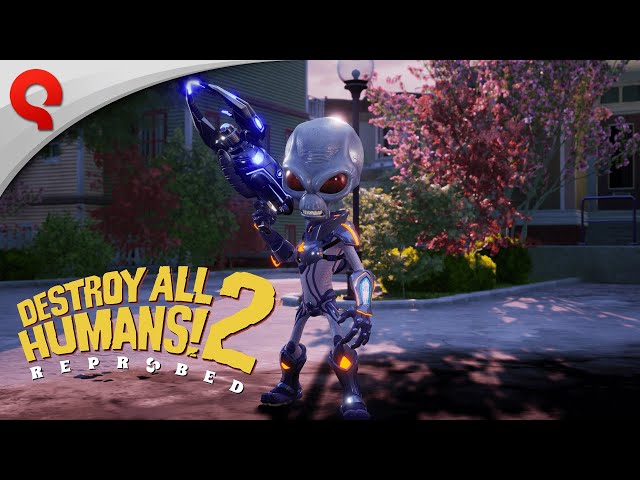 We don’t yet know what kind of changes or upgrades Black Forest Games has implemented into the remake. But, we can expect more details in the coming months.

That covers everything we know about the Destroy All Humans 2 Reprobed release date and platforms. This article will be updated with more details as THQ Nordic announces them.