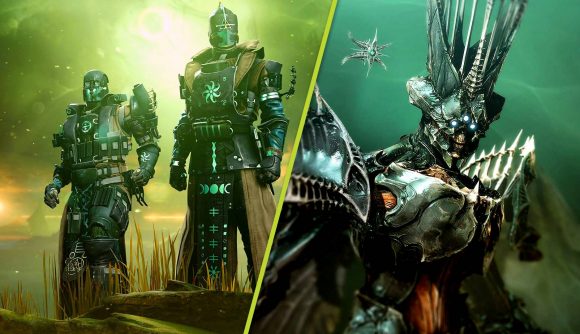 It’s time to lock and load, Guardians – the Witch Queen is almost here and there’s a lot to look forward to. Bungie’s fifth year of Destiny 2 content, starting with the Season of the Risen, is kicking things off with this unmissable major expansion. There’s going to be a new raid to tackle, a Void subclass update, and the introduction of a weapon crafting mechanic. We know that Destiny 2’s Witch Queen expansion is launching on February 22, but when exactly can we start playing? Here’s everything you need to know about the Destiny 2 Witch Queen release time.

If you’re asking ‘When exactly does the Destiny 2 Witch Queen expansion come out?’, you’ll be pleased to know that Bungie is following its usual update schedule with the release of this major expansion. Destiny 2 servers will be brought offline at 6:45pm PT / 9:45pm ET on February 21 and 2:45am GMT on February 22.

Following this period of down time, the Destiny 2 Witch Queen release time is 7pm PT / 10pm ET on February 21 and 3am GMT on February 22. Things could still change, so it’s worth keeping an eye on the official channels for the latest information.

If everything goes according to plan, then Destiny 2’s servers will be brought back online at 9am PT / 12pm ET / 5pm GMT on February 22. This is when you will be able to log in and start playing the Destiny 2 Witch Queen expansion. In the latest This Week At Bungie (TWAB), the developers note that server maintenance is expected to continue roughly an hour after server downtime ends. So, be wary of login issues shortly after downtime ends.

In Destiny 2’s Witch Queen expansion, which you can pick up right here, Guardians are being asked to do the impossible: infiltrate Savathȗn’s throne world and take back the Light. This might sound simple on paper, but the Lucent Brood is also wielding the power of the Light – they’re going to be some of the toughest enemies you’ll face in Destiny 2.

Thankfully, Bungie isn’t sending you in empty-handed. A new batch of Destiny 2 Witch Queen Exotics will be available with the expansion alongside the introduction of a new weapon crafting system and a new weapon type: the Glaive. It’s all been leading to this Guardians – prepare for one hell of a fight.

If you’ve not picked up the expansion yet, you can do so right here.