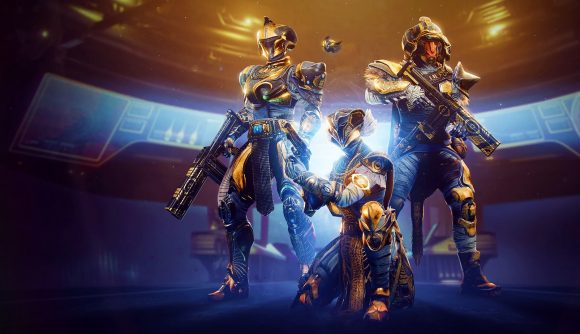 If you’re still playing Destiny 2, then it’s very likely that you’ll have picked up a butt-load of loot in your time with Bungie’s sci-fi shooter. All those goodies have to go somewhere, right? Thankfully, Season 17 is bringing with it an increase to vault spaces, so those of you hoarding weapons and armour like little loot goblins can rejoice.

According to the latest This Week At Bungie post, vault space will be increased from 500 to 600 when the new season lands on Tuesday, May 24. “While we know this doesn’t enable players to save every single piece of loot in the game,” Bungie says in the post, “the team was able to pull some strings and get a little more space for your vaults as they continue to investigate future solutions.”

As journalist Paul Tassi points out in a recent video, it’s been approximately four long years since the last expansion to vault space in the looter shooter, which took place during the Forsaken era in September 2018.

While 100 extra spaces in your vault doesn’t sound like much, it will still allow you to stash away significant exotics that you can’t part with, but that you also don’t need to use just yet. Or, maybe you’re just a collector, but either way it seems like Bungie is working on a more permanent solution for a future update, which is great news.

Even though the new season is arriving sooner than Master Rahool can spit out a sentence that doesn’t end in the word Guardian, Bungie have been tight-lipped about what it’s actually called. Regardless, this increase to vault space is the most recent in an array of changes due to be coming, including significant Season 17 Iron Banner revisions that will introduce a new mode and map, alongside a raft of other new content.